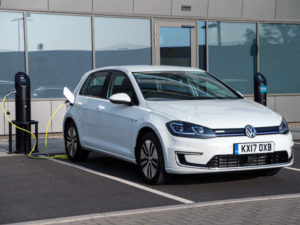 Launched as the new ’67’ plate is introduced, the schemes for retail buyers include incentives from the VW Group, which offers incentives of up to £8k, depending on the brand/model, on the purchase of latest Euro 6 models, on top of existing retail offers. The scheme is available to owners of pre-Euro 5 diesel vehicles registered before 2010 for new vehicles ordered by 31 December 2017.

Meanwhile Renault’s scheme provides a scrappage allowance of £2k for Euro 4 vehicles registered by 31 December 2009, giving an overall incentive of between £3k and £7k towards the purchase of a new Renault car or van. Twingo, Z.E. electric vehicles and the new Koleos are excluded from the scheme. However its Alliance partner Nissan is running a ‘Switch Scheme’ offering drivers up to £2k plus trade-in value for eligible pre-2010 vehicles to buy an approved-used Nissan LEAF 24kWh.

Kia is also offering a £2k scrappage bonus against any car over seven years old, which can be used for the purchase of the latest Picanto and Rio models while Toyota is offering up to £4k off new purchases for motorists with vehicles more than seven years old.

The latest launches follow Ford’s and Hyundai’s announcements last week of scrappage schemes and similar announcements by BMW and Mercedes-Benz while Vauxhall has also renewed its long-running part-exchange programme in time for the new plate launch.

James Dower, senior editor of Black Book at Cap HPI, commented on the new schemes, saying: “Very strong marketing offers lead to increased new car retail activity. The current round of scrappage offers from various manufacturers will probably drive sales in the more affordable sectors where the balance to change is smaller and a PCP deal would show low monthly payments.

“Should the offer prove to drive increased retail sales, this will lead to a more balanced new car market and reduced pre-registration activity putting less pressure on used values.”