A total of 2,293,228 speed related offences were issued by British constabularies in 2016, according to a freedom of information request by indoor go-kart firm Team Sport, which also showed that more than £17 million were accumulated by the top ten police forces combined. 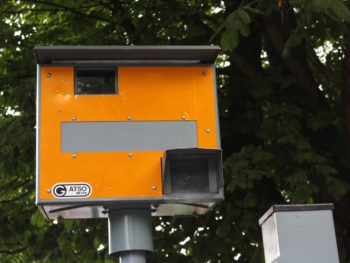 In 2016, every police force caught greater than 65,000 speeding motorists. Police in Avon and Sommerset handed out the largest number of tickets, which the RAC say could be due to recently introduced smart motorways, with the fastest speeding motorist travelling at 148mph.

West Mercia and Suffolk police recorded one motorist travelling at more than twice the legal speed limit of a UK motorway at 154mph, while another in Nottinghamshire was recorded at 151mph.

Neil Greig, IAM RoadSmart director of policy and research, said: “No one drives at twice the speed limit by mistake. This is selfish and criminal behaviour that puts everyone at needless risk on the roads.”

The second highest number of tickets were handed out by Thames Valley police, where speeding motorists were caught mostly on motorways including the M25, M40 and M4. Third highest were in the Greater Manchester area, according to the statistics.

Offences weren’t solely limited to motorways either, with the government revealing last month that as many as eight out of ten drivers ignore 20mph speed zones, typically located near schools or heavily pedestrianised areas.

RAC spokesman Simon Williams said: “Reported road casualty statistics for 2015 show that 222 people lost their lives in accidents in which exceeding the speed limit was a contributory factor, equating to 15% of all road fatalities.

“While motorists understand that speed presents a massive danger our research among motorists shows there is a clear long-term trend towards increased levels of speeding both on 50mph/60mph country roads and in urban 20mph zones.

“Some forces like Avon and Somerset are also enforcing the national 70mph limit on smart motorways which may explain why they top the speeding offences table. As this is a relatively new course of action for police forces many motorists are no doubt being caught out by it.”