Ford is running a UK scrappage scheme enabling drivers of any make of car or van to upgrade to Euro 6 vehicles. 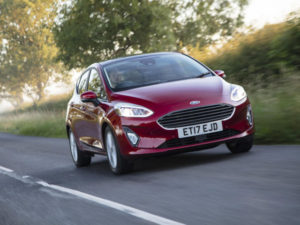 Running to the end of the year, the scheme targets pre Euro 5 vehicles and pledges to permanently remove these “most polluting vehicles” by scrapping them rather than reselling.

The initiative offers a £2,000 scrappage incentive on a number of Euro 6-compliant EcoBoost petrol and EcoBlue diesel models, comprising the B-Max, Fiesta, Focus, C-Max and Kuga plus the Transit van range. The discount is added to existing deals, bringing incentives of up to £7,000. The scheme won’t include the forthcoming plug-in hybrid version of the Ford Transit Custom, due to start trials later this year and planned for commercial introduction in 2019.

The launch of the programme follows similar announcements by BMW and Mercedes-Benz, with the VW Group having said it’s also considering the benefits of such a scheme. All three carmakers and Opel have already launched scrappage schemes in Germany this month following a Diesel Forum in Berlin, presided over by German government and automotive industry officials, which looked at ways to regain consumer trust and avoid diesel bans.For more of the latest industry news, click here.