Diesel cars will be subject to increases in Vehicle Excise Duty and Company Car Tax from next April, confirmed in the 2017 Budget, as the Government looks to tackle air pollution in the UK. 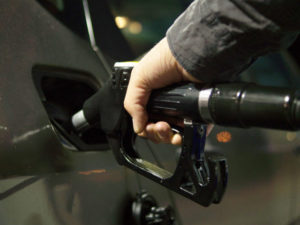 Diesel cars will face hikes in both VED and Company Car Tax from next April.

Announced eight months after a new tax regime was mooted, both changes are applicable to all diesel cars that are not certified to meet the Real Driving Emissions step 2 standard (RDE2), which applies to new type approvals from 1 January 2020 and to all new registrations from 1 January 2021 – meaning that all fleets running diesel cars will be hit by the increased charges for several years to come.

From April 2018, the Company Car Tax diesel supplement will go up by one percentage point, increasing it to 4% for cars not meeting the RDE2 standard. Vehicles that do adhere to the standard will have the diesel supplement removed altogether, although no such vehicles are currently available. As well as hitting company car drivers, the move will also impact on fleets through Class 1A NICs.

For VED, the new levy will see the first-year VED rate for all diesels that don’t meet RDE2 go up by one band from April 2018, potentially adding £500 for higher-emission vehicles. The changes will be consigned to cars, with the chancellor spelling out that ‘White Van Man and White Van Woman’ will not be impacted.

Increasing the diesel supplement is calculated to raise an extra £70m in the first year and £35m for 2019/20, while changes to first-year VED rates are projected to bring in an extra £125m for 2018/19 and £50m the following year. The tax take from both measures will fund “a new £220m clean air fund to provide support for the implementation of local air quality plans, improving of the quality of the air in cities and towns up and down the UK”, the Chancellor outlined

As already outlined, the changes will impact on all diesels that are not RDE2 certified – ie all diesels currently on sale. Although the RDE test kicked in for all new car type approvals from 1 September 2017 – running alongside the WLTP (Worldwide Harmonised Light Vehicles Test Procedure) to provide a real-world element in the final figures generated for each car – the RDE2 test (which tightens the conformity factor on how far emissions can exceed the regulations on NOx emissions on any possible RDE trip) doesn’t come in to effect until January 2020.

Despite the introduction to the new WLTP test regime, which came into force in September, HM Revenue and Customs confirmed that VED and Company Car Tax will continue to be based on the computer-generated NEDC figures until April 2020.

According to Simon Benson, director of motoring services at AA Cars, the diesel tax changes put new pressure on consumers and manufacturers in a year “that has already crippled the market for diesel cars” and ignore pleas from the Society of Motor Manufacturers and Traders (SMMT) to restore stability in the market.

And Mike Hawes, SMMT chief executive, said: “Manufacturers are investing heavily in the latest low emission technology, however, it’s unrealistic to think that we can fast-track the introduction of the next generation of clean diesel technology which takes years to develop, in just four months. This Budget will also do nothing to remove the oldest, most polluting vehicles from our roads in the coming years.”

From a fleet industry perspective, Cap HPI said the changes will have little impact on widespread diesel values and new car registrations. Andrew Mee, senior forecasting editor UK, stated: “The changes to VED will typically equate to increases of around £20 for the first year and will have very little impact on diesel registrations and values. The additional 1% diesel supplement on BIK will further encourage company car drivers to switch from diesel but the resulting fall in registrations will help to support used diesel values in the future.

“This is a Budget which reinforces some of what we have previously predicted. We still anticipate new car registrations in 2018 to follow the ongoing pattern of recent years and shift away from diesel into petrol and AFVs. We’ll also see used diesel values deflate year-on-year slightly more than petrol values. There are marked variations according to vehicle sector and this deflation is most prominent in the small vehicle sector whereas, the impact will be less pronounced in larger car sectors where diesel is strongest.”

However, the Autumn Budget did not include any changes to future Benefit in Kind rates for ultra low emission vehicles – despite repeated fleet industry calls to address the ‘cliff edge’ of BiK rates on ULEVs and bring forward the 2020/21 BiK rates for ULEVs to next year to drive take-up.

Erik Fairbairn, CEO of electric vehicle charging specialist Pod Point, said: “We would like to have seen planned changes to the Benefit in Kind (BiK) rates for EV purchases, due to be implemented in 2020/2021, brought forward to April 2018. We believe these reductions will prove to be a very potent incentive for the uptake of ULEVs, and particularly full battery EVs. The planned BiK tax rate increases for the intervening period may defer action by employers and employees to electrify company car fleets until 2020, undermining the Government’s other EV uptake incentives.”