By Jonathan Musk / 3 years ago / Budget, Latest News / No Comments

The government says it wants to see fully self-driving cars, without a human operator, on UK roads by 2021. 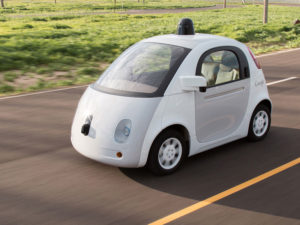 Fully self-driving cars could be on UK roads by 2021.

“There is no technology more symbolic of our time than driverless vehicles”, the Chancellor said, “I know that Jeremy Clarkson doesn’t like them, but there are other good reasons to pursue them. Our future vehicles will be driverless, but they’ll be electric first,” he continued.

To achieve this, the government plans to create changes to the regulatory framework, such as setting out how driverless cars can be tested without a human safety operator on-board. It predicts that the UK driverless car industry will be worth £28bn to the UK economy and employ 27,000 people by 2035.

The government also announced the National Infrastructure Commission (NIC) will launch a new innovation prize to determine how future roadbuilding should adapt to support self-driving cars.

In addition to support for driverless vehicles, the Chancellor announced further funds for technology and digital industries – integral to connected and autonomous technologies – with a £500m fund for Artificial Intelligence, 5G mobile broadband and fibre broadband.

The Budget also confirmed that the £4.7b Northern Powerhouse Investment Fund (NPIF) investment in science and innovation announced at Autumn Statement 2016 will grow by a further £2.3b in 2021-22, taking total direct R&D spending to £12.5b per annum by 2021-22. This funding is to support, among others, launching a new AI and machine-learning programme targeted at the services sector.