With just nine days to go until the Autumn Budget, some of the UK’s leading fleet organisations tell Fleet World of their Budget wish list. 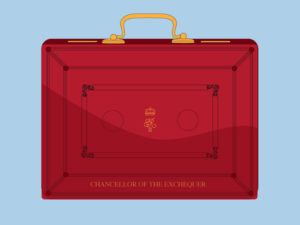 The association has urged the Chancellor to consider the economic and political consequences of raising tax from diesel company car drivers, as chief executive Gerry Keaney says punishing employers and their employees for using or selecting a diesel car would be wholly inappropriate and grossly unfair.

With 99% of the country’s 4.4 milllion commercial vehicles powered by diesel technology, Keaney has emphasised that diesel still has an important role to play:

“For as long as there is no other suitable cost-effective and practical alternative on the market, diesel powertrains will continue to play a vital role for transporting goods and people around the UK.”

As the introduction of the new WLTP (Worldwide harmonised light vehicles test procedure) regime starts to roll out, Keaney has also called upon the Chancellor to give the industry time to transition its systems and processes before basing any CO2 related taxes on the new testing system:

“We would recommend that all CO2 related taxes continue to use the existing NEDC CO2 values until April 2021.”

ALD has said it welcomes any steps the government can take to give fleet managers a clearer long term vision and increased certainty around key areas that affect them, rather than introducing any additional hoops to jump through.

This includes taking a targeted approach to any future diesel taxation to ensure it’s fairly levied and takes account of the developments in Euro 6 emissions standards.

Matt Dale, consultancy services manager for ALD Automotive, comments: “It’s important to remember that modern diesel fuelled vehicles are a far cry from previous generations. Today’s Euro 6 diesel cars are some of the least polluting vehicles on the road, yet most of the media coverage has failed to differentiate between these and the diesel vehicles of the past.

When Euro 1 standards became law in 1992 it initially required diesel cars to emit a maximum of 780mg/km of nitrogen oxide; the previous Euro 5 emission standard, which was applied to diesel cars from 2011, set a limit of 180mg/km. The maximum permitted level of NOx in today’s diesels, i.e. those registered after September 2015, is less than 80mg/km.

“Given that successive governments over two decades have, effectively, incentivised diesel sales through an emissions-based taxation structure we’d urge the Chancellor to seriously consider the distinction between the Euro emission standards when exploring further plans to improve air quality in the UK, so that drivers of the cleanest diesel vehicles aren’t unfairly penalised.

“Huge progress has been made by the manufacturers and tarring all diesel cars with the same brush would be very unfair.”

ALD also called for government commitment to further investment in electric vehicle charging infrastructure, which would further stimulate the uptake of these types of Ultra-Low Emission Vehicle (ULEV) in the commercial sector.

ACFO has urged the government to advise on how switching to CO2 emissions measured via the new Worldwide harmonised Light vehicles Test Procedure (WLTP) will impact on company car benefit-in-kind (BiK) tax rates.

ACFO deputy chairman Caroline Sandall says: “Industry experts have suggested that CO2 figures on a car-by-car basis could increase by about 20% with introduction of the WLTP, but fleet managers and company car drivers still do not know how company car benefit-in-kind tax rates will be adjusted to reflect the new regime. Company car tax bands based on CO2 emissions under the existing testing regime have been published until 2020/21 so it makes sense to use them and then switch to WLTP. It is ACFO’s understanding that HM Treasury does not see WLTP as a tax-raising development, but as transitional. Therefore, changes in the way vehicles are being tested should not be seen as a mechanism for raising more tax and should be tax neutral.”

She adds: “The government must also understand that it is impossible to switch to a wholly new system overnight – as businesses will be operating cars tested under the current system as well as WLTP. Consequently, we may have to have a transitional period with two separate tax systems operating side-by-side, one linked to WLTP data and the current system. The introduction of WLTP-based vehicle taxation is a potentially massive change and attention should also be paid re-examining the company car BiK tax structure to encourage best practice in vehicle selection.”

ACFO has also outlined that it’s looking for the government to confirm company car BiK taxation rates post 2020/21 and has called for a rethink on company car BiK rates for ultra-low emission vehicles.

Other areas of focus include the organisation’s ongoing call for Advisory Fuel Rates for plug-in cars, updates on the government’s future plans for the availability of plug-in car and van grants and support in place for future Clean Air Zones, including grants for new vehicles and/or a scrappage scheme applicable to old vehicles for both businesses and private motorists.

Ian Hill, managing director, Activa Contracts, also calls for absolute clarity on when car CO2 values as measured under the new WLTP system will be used in place of current NEDC figures for tax purposes.

Highlighting the potential ramifications of any changes, Hill says: “Confidence in the company car BiK tax regime is very fragile as rates are rising year-on-year and uncertainty as to what tax thresholds will be when WLTP figures are used is fuelling uncertainty and nervousness.

“The chancellor must be clear and unambiguous in the Budget and state that WLTP-based CO2 figures will be used for tax purposes from a specific date – ideally 2021/22 – and that tax thresholds will be realigned so the introduction of the new regime is tax neutral.

“Any dramatic increase in company car BiK tax rates as a consequence of a failure to realign bands and one of the unintended consequences will be that employees opt out of vehicles on mass and take a cash option.

“That in turn fuels all manner of concerns – not least in relation to the type of vehicles chosen and the increased administration burden associated with the management of ‘grey fleet’ vehicles.”

Hill also says the absence of Advisory Fuel Rates for plug-in cars is a further hindrance to take-up.

He adds: “If applicable AFRs for all plug-in vehicles were published quarterly by HM Revenue and Customs alongside those for petrol, diesel and LPG cars it would fuel demand as it would make the construction of company car policies easier on a whole life cost basis.”

Chief executive David Martell has said that consistency is paramount for the electric vehicle sector.

He comments:  “What we really want to see in the Budget is a continuation of the support that is in place for electric vehicles, particularly around the Homecharge Scheme and Plug in Car Grant, to maintain the current strong growth in the market. If any existing support is removed or reduced, it could negate this growth, which is precisely the opposite of what the government wants right now.”

Carr comments: “My one wish from the Chancellor for the upcoming Autumn Budget would be to address the ‘cliff edge’ of BiK rates on ULEVs and bring forward the 2020/21 BiK rates for ULEVs to next year.

“We’re in a situation where higher P11d values of new electric and hybrid vehicles – due to the costs of new technology – mean that company car drivers wanting to do the right thing will be paying 13% tax in 2018 and 16% tax in 2019, before the BiK rate suddenly drops to 2% in 2020.

“Both government and industry want greater mass adoption of ULEVs so we seriously need to consider whether the current planned tax rates actually provide a disincentive for ULEV adoption before April 2020.”

Fleet management and remarketing specialist Gain Solutions says the Autumn Budget should focus on clarity and certainty for fleets, including BiK rates for the next three to five years and also VAT for electric and hybrid vehicles.

Marcus Blakemore, managing director at Gain Solutions, adds: “The industry would also appreciate clarity over regional traffic policies, especially as the Mayor of London has just brought forward the rollout of the low emissions zones. If this is to be repeated in other big conurbations, this will have a big impact on the fleet mix for fleets having to make regular visits and deliveries into those cities, get it wrong and it could be expensive, but advance notice could positively influence fleet mix towards zero emitting vehicles.”