Volvo is ramping up production for the new XC40, citing “overwhelming demand” for its first-ever compact SUV. 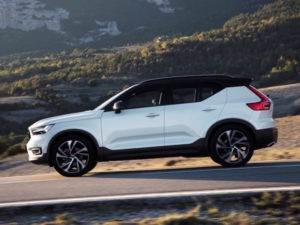 Launched in the UK at the start of the year and marked out as the fastest-selling Volvo ever, the XC40 – named European Car of the Year – has received almost 80,000 orders to date.

In response, Volvo is expanding production at its Ghent manufacturing plant and adding XC40 production capacity at its Luqiao plant in China in the first half of next year.

Volvo also announced that it will use the Compact Modular Architecture (CMA) platform debuted on the XC40 as the basis for a number of new models that will replace the V40. These will include fully electric vehicles and will be sold globally in all major regions.

“The XC40’s success has surpassed even our highest expectations,” said Håkan Samuelsson, president and CEO of Volvo Cars. “The small SUV segment is the fastest-growing segment in the industry now, and with these additional CMA-based models we expect to benefit further from that growth.”

The CMA platform is also being used for the first model from Volvo sister brand Lynk & Co, which will be produced by Volvo at the Ghent plant and take the form of a subscription-funded hybrid SUV.