Climate change and environmental awareness are currently high on the political – and social – agenda. Consumers are more conscious about plastic use than ever before. Businesses are being urged to prove their sustainability and eco-credentials, and towns and cities are being challenged to cut down their air pollution. As part of this, London has a new ultra low emission zone (ULEZ) and the UK is in the process of introducing several clean air zones (CAZ). Whilst the thought process behind these zones is understandable, for organisations which operate large fleets, being unprepared could seriously harm day-to-day business. 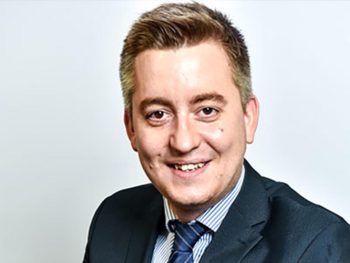 London’s ULEZ is now in place and many businesses will already be feeling the pinch of the minimum £12.50 daily charge. However, the capital’s scheme is acting as a blueprint for the rest of the country and the UK’s other towns and cities will soon be following suit. Over the coming years, five other cities have already been allowed by the government to introduce Clean Air Zones, if they are required. These include Birmingham, Derby, Leeds, Nottingham and Southampton.

Currently, of the five, it is confirmed that Birmingham, Southampton and Leeds will introduce a CAZ. Whilst it is not obligatory to put daily charges in place, some local authorities may do so and, in any case, non-compliant vehicles may not be allowed to travel within city centres.

For fleet managers, understanding both the future emissions requirements of different vehicle classes, and the make-up of their fleets, is essential. Depending on pollution levels, local authorities will be able to introduce four different classes of CAZ, from A to D. Each of these classes includes different types of vehicle, with A including the fewest vehicle classes, and D the most.

Depending on the nature and type of the fleets in question, situations may arise where a light goods vehicle, for example, may be able to travel in one city centre, but not the other.

Some vehicle classes are exempt from any charges. These include cars, vans and taxis, which meet Euro 6 standards for diesel, or Euro 4 for petrol or have zero-emissions. Clearly, there will be some situations where a fleet is made up from a mix of vehicles – old and new – and fleet managers should make preparations now to understand this make-up, particularly if there is a likelihood that vehicles will be travelling in a CAZ.

If upgrade plans are on the horizon, it would be a wise move to consider how the ULEZ and CAZ will affect these. Currently, ultra-low emissions vehicles will be exempt from any charges and whilst the initial cost outlay involved in upgrading to these types of vehicles may be large, the longer term benefits could justify the spend.

One of the main risks of Clean Air Zones when they arrive, is that drivers may unwittingly travel through the city centres and rack up large bills. Installing a fleet management or fleet tracking system could prove useful in combatting this problem, providing optimised route planning for drivers and ensuring that where possible, the CAZ is avoided. Trackers also assist drivers in choosing the quickest and most optimal route, cutting down on lost time waiting in traffic and minimising emissions and poor fuel economy from idling.

However, there will be times where entering a CAZ is unavoidable; daily business still needs to happen and there will always be customers and jobs in urban areas. If this is the case, then fleet managers must be tactical about using technology to plan driver rosters and delivery routes. For example, it is better for one driver to complete all of the jobs in a charging zone and only pay once, rather than several individuals all travelling in and paying separate daily charges.

The Clean Air Zones are undoubtedly positive and will hopefully improve the air quality in some of the UK’s most congested towns and cities. However, there will be a knock-on effect, felt by businesses that rely on sending vehicles into these areas on a daily basis. Planning ahead is crucial and if fleet upgrades are not possible, then investing in technology may hold the answer.