London is sixth most gridlocked city in the world

London has been listed as the sixth most congested city in the world, only coming behind Moscow, Istanbul, Bogota, Mexico City and São Paulo. 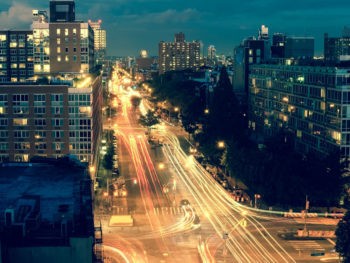 Edinburgh and London vied for the top spot as ‘slowest city’, with last mile speeds of 7mph

The research by Inrix found that drivers in London lost 227 hours in 2018, costing £1,680 per year, while Birmingham was the second worst city in the UK ranked at 134 hours per driver per year.

Carried out as part of its annual Global Traffic Scorecard, the research found that in London, the A406 from Chiswick Roundabout to Hanger Lane tops the Inrix list of worst corridors in the UK, with the average driver wasting 61 hours per year in congestion. The A23, the Strand and Leeds Road and the A34 in Birmingham make up the top five.

The firm also published its research on the UK’s slowest city, which saw Edinburgh and London vie for the top spot, with last mile speeds of 7mph, meaning it is faster to ride a bike than drive or take the bus. Of the cities studied worldwide, Dublin, Ireland has the slowest city centre speeds, averaging 6mph during peak hours.

The overall research for the UK found that on average, road users lost 178 hours in congestion last year, costing £1,317 per driver

The London Assembly commented on the figures. Caroline Pidgeon, chair of the London Assembly Transport Committee, said: “The revelation that London is the sixth most gridlocked city in the world, behind Moscow, Istanbul, Bogota and Mexico City, will come as no surprise to most road users.

“This is a shockingly expensive fact and hugely damaging to our global reputation.

“Getting millions of Londoners to and from work every day is a massive challenge – but we really have to try harder for the sake of our economy and our environment.

“The need to improve London’s public transport capacity is desperate – hence the urgent necessity for Crossrail and more people could be encouraged to walk and cycle whenever possible.

“In 2017, the Transport Committee report ‘London Stalling’ made a number of recommendations including:

“The Transport Committee is currently investigating freight options in the capital and a letter to the Mayor and TfL with congestion-reducing recommendations will be published at the end of the month.”

TfL also commented. Glynn Barton, director of network management, said: “We are taking bold action to reduce congestion and improve London’s poor air quality. This includes removing the Congestion Charge exemption for private hire vehicles and reducing the time taken to clear up unplanned incidents, ensuring that roadworks by utilities companies and others are better coordinated. We are also working with the freight industry to encourage more efficient deliveries across the capital.”

“To directly tackle poor air quality, we are ensuring that buses, taxis and private hire vehicles are as green as possible, alongside the introduction of the Ultra-Low Emission Zone this April. In delivering the Mayor’s ambitious plans for 80 per cent of all journeys to be made by public transport, walking or cycling by 2041, our plans will further help tackle congestion across London.”