Leicester City Council has become the latest local authority to look into introducing a workplace parking levy – causing conjecture through such a ‘tax on work’. 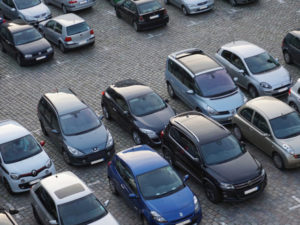 Leicester workers could be charged for workplace parking from early 2021

The charge, which could go live from early 2021, would be used to cut congestion and traffic pollution while funding transport improvements that would encourage more people to walk, cycle or use public transport.

City Mayor Peter Soulsby said: “While we have been extremely successful in attracting major funding from Government and other sources, a workplace parking levy would provide a reliable and ongoing source of locally controlled funding to help us commit to ambitious, long-term transport improvements.

“No decisions have been made yet, but we do want to consult on the idea of the workplace parking levy as a means of a funding future transport improvements.”

Although Nottingham remains the only city to date to implement a workplace parking levy – which went live in 2012 – the option continues to come under focus from local authorities. Greater Manchester recently rejected such a move after mooting it as part of air pollution plans. But local authorities including Birmingham, Oxford and Reading are looking into it.

Meanwhile the Scottish Government is also looking to give councils the power to levy workplace parking charges, supporting a Green proposal. But it’s been warned that this will not be an easy move. The Nottingham scheme itself has been branded as a “stealth tax” by some businesses.

And while a report by the Local Government Association (LGA) two years ago said councils should be able to implement schemes such as workplace charging levies to cut congestion, AA spokesman Luke Bosdet has said that workplace parking levies are a “tax on work”.

He added: “It’s discriminating against a group of workers, many of whom were enticed to come into cities and town centres a decade ago by the council to encourage people into businesses.”

Instead the AA continues to highlight the benefits of local authority ‘joined-up thinking’ that combines the benefits of car use with public transport hubs offering inner city travel and can cut congestion without recourse to more punitive measures such as workplace parking charges.

Bosdet added: “If substantial alternatives already exist, then you might have an argument for saying that drivers are still going into city centres and that they need encouragement but park and ride needs to become much more prevalent first.”

Interestingly, Bosdet added: “When you have town centres on their knees, the one customer base who gets hit are workers. But by taking substantial amounts of charges from them and siphoning off the money, you’re undermining the High Street too.”