Total motor vehicle traffic in Great Britain reached a new record level in 2017, with the car continuing to be the dominant means of travel. 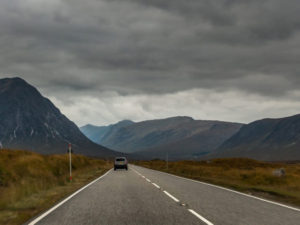 The car remains the dominant means of transport

That’s the finding of the DfT’s new Transport Statistics Great Britain, which also sets out that transport is now the largest contributor of greenhouse gas emissions.

For 2017/18, buses accounted for the highest proportion (59%) of passenger journeys by public transport with national rail accounting for 21%, the underground for 17% and light rail/tram for 3%. In fact, passenger journeys on light rail and tram systems in Great Britain reached a record level.

The research also found transport is now the largest contributor of GHG emissions in the UK after noticeable declines in emissions from the energy sector. Car emissions have declined 3% since 1990, even though car traffic rose by 22% over the same period, with the fall able to be partially attributed to cars becoming more fuel efficient. Van emissions have risen 65% since 1990. Over the same period, van traffic almost doubled, from 24.8 to 49.2 billion vehicle miles in 2016.

Commenting on the statistics, Edmund King, AA president, said they showed the car remains king, adding: “That is not a triumph of motoring but a reflection of reality: flexible, cost-effective, personal and safe.

“It is lamentable that for all the pontificating about the sins of driving, the alternatives continue to fail to evolve. For years, the AA has called for ‘joined-up thinking’ that combines the benefits of car use with public transport hubs offering inner city travel at the right place, at the right price.

“It can be done, as Cambridge has shown with a Park and Ride service that now transports 4.1 million passengers a year, helping to reduce average journey times into the city – without a workplace parking levy.

“Sadly, too many councils seem more keen on the money they can get out of motorists than coming up with viable alternatives that fit in with daily routines. The term ‘car dependency’ used to describe people’s reliance on cars, now it defines council reliance on parking charges and fines, income from residents parking permits, emissions penalties, and bus lane and moving traffic offences.”

King added; “We are greatly concerned that transport is now the largest contributor to greenhouse gas emissions. It is clear that more incentives are needed to encourage both businesses and private drivers to switch to the cleanest possible vehicles as quickly as possible.

“Removing the grants for plug-in hybrids last month sends the wrong signal and, in years to come, could increase the pollutants produced by transport as drivers keep hold of their vehicles for longer as the demonisation of diesel continues.”