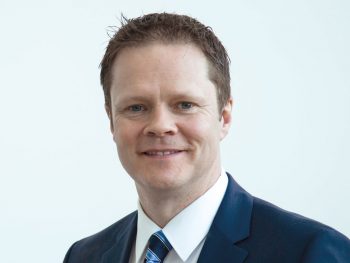 David Peel took over as Peugeot managing director in early 2016. Since then, he’s stopped doing month-end deals, with the willingness to walk away from market share to improve residual values.

With the second-generation 208 launched with the highest uplift in values from Cap, his plan is working.

Considering we knew that last year was going to be a difficult one, because of the uncertainty over Brexit, how have things been in terms of Peugeot fleet sales?

“Overall, we were just fractionally down. We were 2 to 3% down in volume but, within that, the fleet element is up. Whereas we lost a little bit of ground on retail. Our focus is on getting the right balance, channel mix and green channel business – that’s what we’re focusing on.

“With a D-segment French car, specifically 508, we came into 2019 with a clear strategy not to force the car. So, we’re letting it take its natural course. We’re in line with some of the less premium 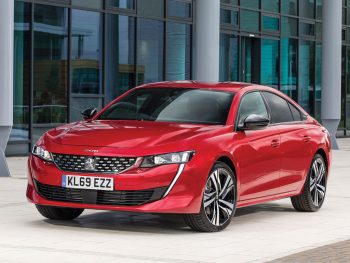 508 sits at the top of its segment, thanks to Peugeot’s hard work on residuals.

D-segment competitors in its first year. We’re pleased with the volume, we haven’t put any of it to the high-cost tactical channels, and we’re working hard to maintain the strong residual values (RVs) that we’ve got.

“We’ve got ability to take more, but we re-forecast every month, like everyone does. We request build in line with the demand. At the moment, we’ve got clean stocks, we haven’t got ageing stocks. We’re managing it very closely, we’re making momentum positively, to a situation where more and more, month by month, we’re doing slightly more volume.

“With the 508 becoming more visible on the road, we’re getting a lot of premium customers looking. It is a bit of a slow burn for us, but you won’t see us forcing it, through having too much stock, or any other issues which potentially could come if Paris were forcing too much product on us. We’ve got the RV story, which we’ve been working on for the last two or three years. 508 sits virtually at the top of the segment, against all of the German competitors, which is I think a credit to the work that we’ve done over the last few years. I think the reliability of our approach with all of the RV influencers, we’ve got a situation that has carried forward to the new 208.

“Cap have given us the largest uplift in the supermini segment that I think they have quoted in 18 years, but certainly in recent times. So, once again, Cap and KeeResources were true to their word. We’ve carried on that disciplined approach from 508 into new 208 and 2008, and that’s been the strategy all along. We’re a brand that wants to be best high-end generalist. Clearly, we’re in a fortunate position, where we’re being provided with a strong product.

“If I’m honest, we could do more 3008 and 5008 in fleet – but we’re disciplining ourselves. So, we’re definitely not forcing it, but also, we’re not going out to potential customers that dictate higher discounts and shorter cycles. We’re trying to avoid dealing with brokers and all of the stuff which damages our RVs. These vehicles are in demand, but we’re pricing them in a position to, I guess, satisfy the volume that we’ve written and to maintain their residual value position. Which is in the high 40s, two years down the road. In the last six months, there’s been a slight decline in the overall C-SUV segment itself. So, our RV percentage has dropped a little bit recently, but only in line with the segment. So, it’s not tampered with.

“We’ve already opened orders for hybrid models that are due later this year. That’s on 3008, 508 and 508 SW – they are definitely more of a fleet proposition, Because without the government grant, there’s a real taxable benefit for company car drivers. So, with plug-in hybrids, we see the majority of that volume going into the fleet sector.” 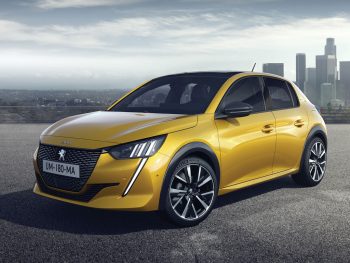 New 208 is expected
to appeal to the public sector more than before.

How do you think Peugeot’s electric versions of the 208 and 2008 will go down with fleets?

“We’ve been open for new 208 orders since August last year, and we’ve already got 200 orders confirmed, with the deposit paid, of which 65% of those are for the ‘e’ electric version. We’ve got volumes written for this year at close to 20% of our total for EV.

“So, even though we’ve had a 65% initial hand raiser we always thought the early adopters were going to be the first out of the blocks. We don’t expect that level of demand to continue. Once again, in a situation where we’re not going to go to market and discount the car heavily, or at all – certainly in the retail channels. We will certainly pick the fleet customers, by working with our partners, because we’re confident we won’t have the level of supply to fill the maximum demand this year. Overall, on 208 we’ve got 59% of the mix written as B2C. I think with the electric version, time will tell.”

What about 208, will it be more attractive to fleet than the outgoing one?

“We do think 208 will certainly fit the public sector profile. We have an ongoing relationship with the BSM driving school, and it remains a good fit with 208. We definitely see that type of customer as almost a marketing tool for the brand, rather than a tactical channel. So, we’d certainly be looking to do something with some of the big driving schools – even with electric.

“208 is a fabulous looking car, and I think it’s certainly going to conquest new business to the brand. That’s one of the things we’ve been struggling with, probably over the last 10 years. 3008 and 5008 opened the public’s perception to Peugeot and 508 has helped. You know, with 208 and 2008, I don’t think we could be in a better place really. So, I think certainly they will grab the attention of some people opting out, but the reality is it’s not traditionally a big fleet car. Public sector for sure, we’re going to work hard on that.

“The one thing we’ve been very good at, over the last five years, is looking after our customers and certainly through retail on PCP. You know, renewing customers, the one thing that’s been a bit of an Achilles’ heel, is the conquest and that’s because of the positioning of French brands generally in the UK. So, we definitely see our growth through conquest. I think we do a fantastic job looking after current customers. Even having a B-segment car with an eight-speed automatic gearbox is a different proposition altogether. The automatic version drives better than a B-segment car should or has historically driven. So, if people are not concerned with the size, I definitely think it’s an option.”

Do you think there’s still an image problem with French cars in fleet?

“We measure our brand image positioning on a regular basis. We’ve certainly got opportunity to improve the position. If you look at it, generally the French brands tend to be clustered. So, there’s lots of reasons why there’s a gap. This is changing, as last year Peugeot won the JD Power most dependable UK brand. So, the stigma that French cars are not reliable is absolutely not the case today. So that’s something that we’re working really hard to promote in the next 12 months.

“Dealers haven’t had the 208 yet. But yeah, certainly we’re going into 2020 really, really confident. The market will be the market, our approach will be to move as quick and as fast as we can, within whatever market is there. Certainly, the dealer confidence is high.

“One of the other elements that we’ve done, for the first time in probably 20 years, is that all of our dealers have the latest corporate identity. So, the level of experience for the customer is also there, as a sort of foundation, giving reassurance to the brand. The JD Power award is on top of the 30 awards already won last year. So, I think the dealers are ready to start to work on conquest and see more conquest business. So, the fleet teams will be working hard with all of our fleet customers.”

Do you think the availability of plug-in hybrid models is going to change Peugeot fleet demand?

“Well, I think our strategy with the plug-in hybrid is of course that it is going to be available to retail, but the attraction is to fleet. So, we’re definitely focusing our attention on fleet with all three of those vehicles. We’ve had a year where we’ve seen customers who bought a petrol from us a year, or 18 months ago because of the diesel scandal, come back in and change the petrol for diesel, realising their lifestyle is much better suited to diesel. Our diesel mix in the UK is still close to 40%, so we’re really quite strong.

“We’re going into 2020 with CAFE, and the CO2 regulations and targets that come off the back of that. We’re well positioned, because our diesel mix is really quite strong, compared with the market. And we’ve got, you know, a bucketload of LEVs which should help us. So, from a CAFE position, we’re really confident for next year as well. You know that for RDE2, we have a situation, where subject to certification, our aim is to be a year ahead of the regulations by February – having all of our vehicles RDE2-compliant.”

What are Peugeot’s best-selling fleet models?

Previous: LPG resurfaces in UK new car market
Next: Fleets given support with switch to ULEVs at free conference