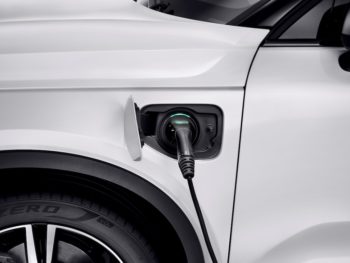 Carmakers are largely on track to hit targets set by the European Commission, despite new car registrations being severely affected by the Covid-19 pandemic

Data gathered for Jato Dynamics for 21 countries in Europe shows average NEDC CO2 emissions totalled 102.2g/km between January and August 2020 – putting the European automotive market only some 6.5g/km over the combined 95g/km target for 2021, which is being phased in from this year under the EU’s ‘CAFE’ CO2 emissions rules.

It’s a dramatic shift compared to figures for 2019 and shows how electrification strategies are bearing fruit despite new car registrations being severely affected by the Covid-19 pandemic.

Such a rise in electrified cars is helping carmakers circumvent the risk of fines, which are tailored to each one using a complex calculation involving the average mass of their vehicles and unit sales. Under the EU’s scheme, while carmakers face fines of €95 per gram of CO2/km over target, per car sold in Europe, they earn ‘Super Credits’ for each sub-50g/km vehicle sold, which count as two vehicles in 2020 and 1.67 vehicles in 2021. These rules are also being carried over to the UK’s own emissions targets, which will go live when the Brexit transition period finishes.

The EU’s super credit scheme, as well as tie-ups on pooling emissions such as between Fiat Chrysler Automobiles and Tesla, have already helped drive down average NEDC CO2 emissions to the figure of 102.2g/km between January and August 2020.

That’s despite PA Consulting having warned at the start of the year that Europe’s top 13 carmakers would see fines of some €14.5bn (£12.7bn) on the 2021 targets.

Carmakers doing particularly well include Volvo, which has knocked Toyota out of the lead for ‘greenest OEM’ and is meeting its assigned CO2 target for this year. Jato figures for Volvo parent Geely Group show its CO2 target for 2020 is an average of 110.3g/km, but by 31 August – four months early – its average was 103.1g/km. As Volvo accounts for 99% of Geely Group’s volume in Europe – with Polestar, LEVC and Lotus making up the remainder – the data shows how Volvo’s consistent focus on electrified vehicles is behind this achievement. Such vehicles accounted for almost half of its registrations in August and 38% in January-August 2020.

BMW is next in line to meet its target, posting an average of 103.5g/km in January-August 2020 – just 0.54g/km above its target of 102.9g/km. If this average remained the same by the end of the yar, the German car maker would only have to pay a minimal penalty. Jato said BMW’s target is more than achievable due to its mix of two strategies: increasing the share of electrified vehicles on sale, and the relatively low emissions generated by its diesel cars.

However, Jato warns that while Toyota seems to be in a good position, only 2.2g/km away from its target, its hybridisation objectives are now stalling and its fully electric vehicles have also taken a long time to arrive in Europe – with the new Lexus UX 300e, the first fully electric vehicle of the group, finally hitting the market this year.

In contrast, Hyundai and Kia have boosted their offerings of small SUVs and green compact cars; including fully electric vehicles, which are much more strongly placed to meet emissions targets than hybrid vehicles, Jato added.