Concerns that the UK’s supply of electric vehicles could be jeopardised post-Brexit transition have been abated with the announcement of new carbon emissions targets from the Government. 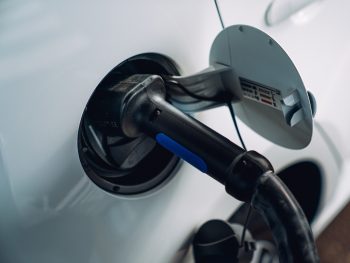 Earlier this week, eco campaign group Transport and Environment (T&E) warned that the UK supply of electric cars could “dry up” next year as carmakers would no longer have an incentive to sell them in the UK.

Once the Brexit transition ends, UK sales of EVs will not help manufacturers comply with the EU’s ‘CAFE’ CO2 emission legislation, which brings strict targets aimed at tackling global warming. The targets kick in fully from next year and stand at 95g/km for cars and 147g/km for vans. The 95g/km is an average; the specific emission targets for each manufacturer use a complex calculation involving the average mass of their vehicles and unit sales. And the targets, which are backed by punitive fines for non-compliance, reduce in 2025 and again in 2030, leading manufacturers to prioritise sales of ULEVs, in particular zero-emission battery electric vehicles.

But for years there’s been a question mark over what happens post-Brexit and whether we could see carmakers prioritise EVs for other markets. Speaking earlier this week, Greg Archer, UK director at T&E, warned: “European manufacturers have EVs to sell, but from January they’ll have no incentive to sell them in the UK unless the Government requires them to do so.”

However, this week has also seen the Department for Transport publish the final outcome of its consultation in this area. Following feedback in 18 responses, primarily from vehicle manufacturers, automotive trade bodies and environmental stakeholders, the Government has said that it will retain the current EU CO2 targets and the average vehicle mass values in the formulae that set individual manufacturer CO2 targets.

It added that the Government has a long-standing commitment that vehicle emissions regulations after the transition period will be at least as ambitious as existing arrangements. Therefore, the fleet-wide average target of 95g CO2/km and 147g CO2/km for cars and vans respectively will remain. The formulae which translate those targets will also remain, meaning the EU average mass value will continue to be used to calculate individual manufacturer targets.

The Government also said it would retain the EU legislation’s fine for excess emissions of €95 per gram per vehicle, converted to £86 to reflect the current exchange rate.

The news has been welcomed by T&E. Greg Archer said the UK-specific rules would ensure carmakers to continue to supply the UK with electric cars and vans.

“We expect sales of electric cars to be around 12% next year because of these new rules; rising to around 15% by 2025,” he outlined.

“But if the Government wants to phase out the sale of all new cars with engines by the early 2030’s it will need to move much faster than these regulations require,” he continued. “New rules will be needed to make carmakers to sell an increasing share of electric cars every year. The barriers holding back the development of a comprehensive charging network also need to be addressed; along with car tax reform.”