Fleets warned of cost impact after post-Budget shift to petrols

The chancellor is being warned again of the cost to fleets if he pushes ahead with anti-diesel measures in tomorrow’s Autumn Budget, as concerns mount over a possible diesel fuel duty rise. 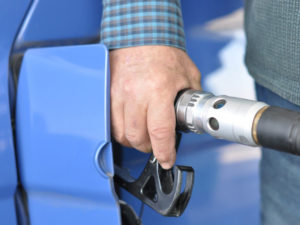 According to fuel and mileage cost management specialist TMC, driving fleets to switch from diesels to petrols as a result of government measures could see fuel bills increase by 35%.

In response, TMC has lent its weight to a growing call for the government to not adopt a blanket approach to ‘diesel demonisation’ and to recognise the strides in technology made by Euro 6-compliant diesels.

“I would like to see the government produce convincing figures to show that today’s diesels contribute disproportionately to the problem. Or how hurting fleets, the biggest market for clean diesels, would have any effect on the number of older, dirtier diesels on the roads,” said Paul Hollick, managing director of TMC.

“If the Budget measures get it wrong, it won’t just be a case of shutting the stable door after the horse has bolted. It would be like having the horse come back cleaner, healthier and more useful than before, and turning it away again.”

Hollick’s comments come as an increasing number of firms call on the government to recognise the impact of diesel taxes – first mooted in the Spring Budget – on fleet operators, including the BVRLA which has said that such a move could prove counter productive.

However, concerns are now mounting over a possible 1ppl increase to fuel duty for all diesel drivers in this week’s Autumn Budget, with the Petrol Retailers Association (PRA) says it’s been informed by a “well-placed parliamentary source” that such a rise is on the cards along with a 1ppl reduction to the duty on petrol.

Brian Madderson, PRA chairman, said: “We have repeatedly warned the Chancellor against such an economically regressive move because it will push up prices for consumer and businesses already suffering with inflation at a five-year high.”For more of the latest industry news, click here.