Punishing fleets for diesel use would be counter productive, says BVRLA

Implementing further taxes on diesel vehicles would be “grossly unfair” and could actually force fleet drivers into opting for higher-polluting vehicles under cash allowance schemes. 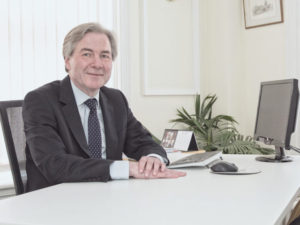 That’s the message from the British Vehicle Rental and Leasing Association (BVRLA) in a letter to the Chancellor ahead of the Autumn Budget.

Although the Spring Budget outlined that a diesel tax regime is on the cards and could be announced in the Autumn Budget, BVRLA chief executive Gerry Keaney has urged the Chancellor to consider the adverse implications of placing a further tax burden upon the company car market, highlighting links between the successive rise in business motoring taxation and the growing trend of people taking cash allowances to finance their own vehicles instead of opting for greener cleaner company cars.

This was exemplified in data from the latest BVRLA Quarterly Leasing Survey, which showed that growth in personal contract hire is having an impact on average CO2 figures.

In addition, as the introduction of the new WLTP (Worldwide Harmonised Light Vehicles Test Procedure) regime starts to roll out, Keaney also urged the Chancellor to keep using existing NEDC values for all CO2-related taxes until 2021 to help the fleet industry transition to a new system.

The BVRLA call follows a recent warning that the UK’s car tax system needs to be reformed as soon as the next fiscal year to account for higher CO2 figures generated under the new test cycle, which could see an announcement in the Autumn Budget.

Elsewhere in its submission, the BVRLA also reiterated its call for the VED regime to be reformed to encourage the selection of the cleanest and greenest cars and for an amendment of the VED refund rules to allow rental companies to get a full refund on cars sold in the first year.

The full submission can be read here.For more of the latest industry news, click here.