Peugeot has re-invented the 508 as an A5 Sportback-like four-door coupe, targeting higher residuals and low running costs for its fleet-weighted customer base. 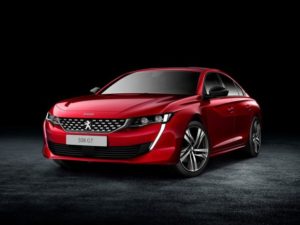 Fleets account for two thirds of 508 sales in Europe.

Set to be unveiled at the Geneva Motor Show in March, ahead of first orders later this summer, the second-generation 508 is lighter and shorter end-to-end than its predecessor, with a lower roofline, frameless windows and rear hatchback.

Peugeot said the range is engineered with fleets firmly in mind; across Europe, two thirds of 508 volume goes to business users. The redesign is aimed at curbing the decline of the D-segment in Europe, as customers move to premium brands and SUVs.

There are six engine options; two petrol units at 178bhp and 222bhp, and BlueHDI diesels at 128bhp, 158bhp and 188bhp. In line with segment trends, the 128bhp 1.5-litre diesel is the only one available with a manual transmission, though it can also be equipped with the same eight-speed automatic used on the rest of the range.

Peugeot said CO2 emissions range from 98g/km for the most efficient diesel, while the BlueHDI 180 comes in at 123g/km. A plug-in hybrid will follow in autumn 2019.

Inside, the 508 gets the familiar i-Cockpit layout with an instrument cluster mounted on top of the dashboard – this is likely to be digital on all versions in the UK, based on the 3008 and 5008. All except the entry-level version will get a 10-inch touchscreen infotainment system with smartphone-like capacitive controls, also offering Android and Apple app streaming and TomTom live traffic information.