Peugeot has revealed its new 5008, which has been transformed from its MPV origins to compete in the large SUV segment. 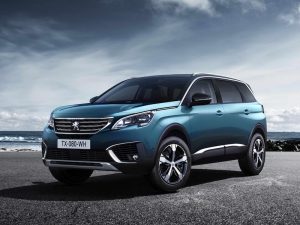 Boot capacity stands at a class-leading 1,060 litres in five-seat configuration while the layout brings three separate, folding seats in the second row that can be adjusted forwards and back as well as two removable, separate, folding seats in the third row. The 5008 can also be fitted with a foldable front passenger seat (to carry especially long loads up to 3.20m) and a hands-free automated tailgate.

Prices have not been announced but Peugeot said they will be broadly comparable to the old model once the extra specification and the removal of the current entry-level model have been taken into account.

The new 5008 SUV will be unveiled later this month at the 2016 Paris Motor Show.

Previous: Audi reveals new A5 Sportback
Next: Hyundai unveils i30 hatch ahead of 2017 launch