A European Court decision to overturn emissions compliance limits will see carmakers need to turn to more efficient emissions solutions while also complicating the use of the Euro 6 standard for urban vehicle policies. 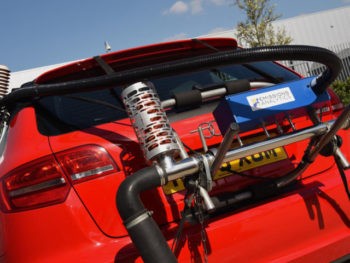 That’s the view of Emissions Analytics following the 13 December verdict from the General Court of the European Union on the new Real Driving Emissions (RDE) regulation.

RDE is an on-road test to compare in-use NOx emissions with the WLTP results obtained in the laboratory and was being introduced in stages. As agreed by the European Commission in 2015, the first had a ‘conformity factor’ allowing vehicles to emit 2.1 times more nitrogen oxides (NOx) on the road than in the laboratory – 168mg/km compared to 80mg/km in the lab – and was already in place, though not mandatory until September 2019.

From January 2020, the RDE2 stage would have brought the conformity factor down to 1.5 times the laboratory results – equating to 114g/km – for type approvals (January 2022 for new car sales), with the ambition to reach parity by 2023 for type approvals. Cars achieving RDE2 already are exempt from the 4% diesel levy for company cars and VED rises introduced during last year’s Budget.

However, under last month’s court decision, the European Commission has now been ordered to reverse the decision to allow such conformity factors. It comes after three cities, Brussels, Madrid and Paris, had challenged a provision amending the emission limits within the Commission’s new Real Driving Emissions (RDE) test.

As a result, the Commission will have 12 months to amend the relevant legislation from when the appeal period expires, or, if an appeal is brought about, from the date on which it is dismissed if it’s not successful.

Looking at the potential consequences of the ruling, Emissions Analytics said it may look like a victory for cities wanting to be tougher on emissions of NOx from passenger cars and vans.  In reality, it has the potential to further complicate the Euro 6 regulatory stage and thereby create the unintended consequence of making it even less usable for urban vehicle policy.

Research carried out by Emissions Analytics using a sample of 30 RDE-certified diesel cars rated on its independent EQUA Index test – said to provide a good barometer for RDE compliance – found that up to 90% of the vehicles would still be compliant. In fact, the average NOx on a combined cycle of these still-compliant vehicles is just 50mg/km, well below the certification standard.  Of the remaining 10%, they all come from Honda, which would in this scenario need to make changes.

However, Emissions Analytics also looked at real-world emissions from a wider testbed of pre-RDE Euro 6 diesel cars from a range of manufacturer groups that meet various emissions levels. With the conformity factor annulled, cars would need to achieve the EQUA Index’s ‘A’ rating; equivalent to 80mg/km. Looking on a manufacturer group basis, the results show that the VW Group is best placed to meet the targets, with 43% of its pre-RDE Euro 6 models achieving an ‘A’ rating. This was followed by BMW/Mini with 33%, PSA Group (24%), JLR (22%) and Daimler (20%).

The research also shows that if the 270mg/km maximum NOx limit proposed in an agreement between the German government and cities was applied in real-world conditions for urban limits on Euro 6 vehicles as well as Euro 4-5, carmakers could have anything from 13% (VW Group) through to all of their Euro 6 diesels restricted, putting the focus on fixes and retrofits.

A spokesperson for Emissions Analytics added: “The Court judgement is witness to the growing power of cities in determining vehicle emissions policy, even if they sometimes demonstrate an unresolved tension between whether air quality improvement or greenhouse gas emissions reduction is the higher priority. What the Court judgement may do is bring into starker relief the difference between the best and worst performing vehicles, which would pave the way for more efficient solutions to the urban air quality challenge.”