Carmakers will need take giant strides in real-world emissions performance to meet Euro 6 emissions limits following a ruling made today by the Court of Justice of the European Union. 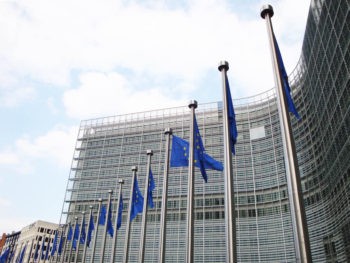 The ruling applies to the Real Driving Emissions (RDE) test, which was introduced for new car types last year but, as agreed by the European Commission in 2015, carmakers had been told they could exceed emission limits during on-road tests.

RDE, which is an on-road test to compare in-use NOx emissions with results obtained in the laboratory, is being introduced in stages. The first has a ‘conformity factor’ allowing vehicles to emit 2.1 times more NOx on the road than in the laboratory and is already in place, though not mandatory until September 2019.

From January 2020, RDE2 will bring the conformity factor down to 1.5 times the laboratory results, with the ambition to reach parity by 2023. Cars achieving RDE2 already are exempt from the 4% diesel levy for company cars and VED rises introduced during last year’s Budget.

However, the European Commission has now been ordered to reverse the decision to allow such conformity factors. It comes after three cities, Brussels, Madrid and Paris, had challenged a provision amending the emission limits within the Commission’s new Real Driving Emissions (RDE) test.

The Court found that the Commission had no power to “weaken” the emission limits. The Commission will now need to amend the RDE regulation to ensure vehicles comply with the stricter nitrogen dioxide emissions limit of less than 80mg/km during real driving and, therefore, during RDE tests.

As a result, the Commission will have 12 months to amend the relevant legislation from when the appeal period expires, or, if an appeal is brought about, from the date on which it is dismissed.

Environmental law firm ClientEarth, working on behalf of the cities, greeted the ruling.

Lawyer Ugo Taddei said: “This is great news not only for the people of Brussels, Madrid and Paris, but for all Europeans, as this ruling will help to clean up the air all across the EU. It is also a landmark ruling for access to justice across the EU as it means cities have the right to bring EU institutions to court when they breach environmental law.

“The new RDE was meant to address the Dieselgate scandal, yet by weakening the emission limits through the conformity factors, the European Commission shamefully chose to protect the interest of car manufacturers rather than the health of European citizens.

“Despite an early warning from ClientEarth that the new regulation was illegal, the European Commission allowed the industrial lobbies to dictate the rules that regulate some of their most polluting products.”

Taddei added: “We hope the Commission will comply with the ruling and immediately amend the regulation. An appeal would send an extremely negative message and delay urgent action to protect the health of all Europeans.”

The European Automobile Manufacturers’ Association (ACEA) is yet to respond, but the move will mean manufacturers must make a huge stride in real-world emissions performance despite engines taking years to develop and carmakers having had prior instructions concerning emissions targets they had to meet.

Previous: Charging 2.0: How the latest EVs are opening up electric motoring to fleets
Next: Drivers rack up £4m in fines for using disabled bays