Leasing customer demographics are changing, due to an ageing population and changing technology use and consumer spending, according to Hippo Leasing. 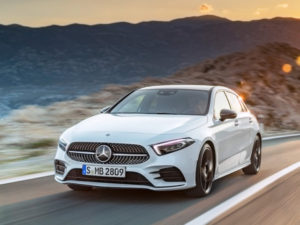 The firm – which offers both personal and business leasing contracts – analysed its internal data for 2018 and found the league table for the most popular vehicle manufacturers appears to be in a constant state of flux.

Mercedes-Benz knocked Vauxhall off the top spot in 2018, gaining the largest of total enquiries (14.5%), up 5.1% from 2016 – with the A-Class holding the top spot as the most popular leased model. Interestingly, Volkswagen lost the largest market share over 2018, down from 11.1% in 2016 to just 4.6% last year. 2018 also witnessed consumers favouring the luxury end of the leasing market, with more higher value vehicles making up the top five than previous years.

When analysing customer demographics, the 25-34 age group was the most interested in vehicle leasing contracts, representing 27.6% of all visitors to the Hippo Leasing website in 2018. However, this was down from 31.1% two years ago.