Emissions Analytics is developing a new rating system which will identify which vehicles are likely to come close to or exceed their legal NOx and particulate emission limits on the road, following its own testing which shows a significant variation between the best and worst performing Euro 6 models. 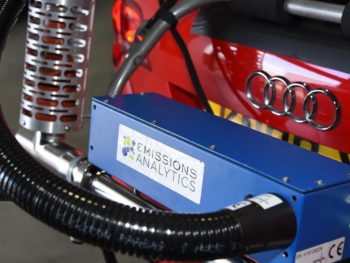 Emissions Analytics will rate vehicles’ ability to meet legal limits even under more aggressive driving than the EU test cycle.

The Compliance Risk Rating will assess vehicles’ ability to meet legal limits under the Real Driving Emissions (RDE) standard – an EU-derived on-road test, measuring NOx and particulate emissions and comparing them to laboratory results. Under RDE1, manufacturers can exceed Euro 6 emissions limits by a factor of 2.1 times on the road, while RDE2 narrows this to 1.5.

Compliance with RDE1 is included as part of the Euro 6d Temp standard, required for all new vehicles as of September 2019. RDE2 falls under Euro 6d, mandatory from January 2020 for newly-tested models, and two years later for all new registrations – RDE2-compliant diesels also avoid the 4% Benefit-in-Kind surcharge introduced during last year’s Budget.

Emissions Analytics undertakes a wider variety of drive cycles than are required for homologation, including cold starts, diesel particulate filter regeneration and very high speed motorway driving, as well as a cycle similar to the EU-mandated test cycle. Its new ratings system will show, via green, amber or red symbols, which vehicles might come close to emissions limits under conditions similar to RDE testing, and which ones might emit more than the legal limit when cold, regenerating or at higher speed.

Speaking in a webinar, the company’s founder and CEO, Nick Molden, said the system was designed to reflect the huge variation between the cleanest and dirtiest Euro 6 vehicles and was not suggesting certain models were illegal. He added that Euro 6d Temp compliant models had shown “significant, substantial reductions” in NOx output versus their predecessors, even under Emissions Analytics’s extended test cycles.

Under RDE1, diesel engines are allowed to emit up to 168mg/km NOx – 2.1 times the Euro 6 80mg/km laboratory limit. Molden said even the worst-performing manufacturer is averaging 144mg/km, while the cleanest is down to 17mg/km. These vehicles also showed significant reductions in NOx at motorway speeds, both at 110km/h (68mph) but also during the high-speed 160km/h (99mph) driving. However, four out of the five best-performing diesels are not tested to Euro 6d Temp standards, Molden said.

“Overall, there’s a moderately high correlation between emissions inside and outside of the boundaries,” he explained. “The emissions control strategy seems to take a fairly consistent approach whatever the driving style. It doesn’t suggest an aggressive optimisation going on around the margins of the boundaries, that make the emissions low just within the boundaries and let them go very high outside. It’s still early days and a relatively small sample size, but this data suggests that sort of aggressive optimisation is not taking place at this stage.”