By Julian Kirk / 2 years ago / Latest News / No Comments

With some drivers not using the electric part of their hybrid cars, how can fleet managers encourage them to plug-in? Julian Kirk reports. 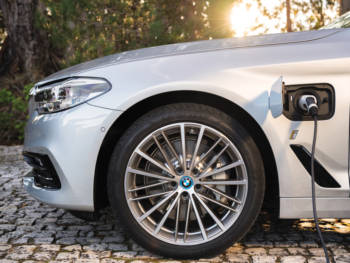 Demand for plug-in hybrids (PHEVs) is increasing, as drivers look to take advantage of company car tax incentives, but not all of them are being used properly.

Without regular charging, PHEVs rely more heavily on their combustion engines, with no hope of meeting official economy figures on the road. Fleet consultancy TMC’s data found that the average plug-in hybrid is returning 45mpg – way behind the claimed average of 130mpg.

Despite the Government announcing a 4ppm Advisory Fuel Rate (AFR) for pure electric vehicles, PHEVs are left with a generic system whereby employees can claim on the petrol or diesel rate. The fallout? Increased expenses claims and extra cost for businesses.

Arval UK fleet consultant David Watts thinks that the AFRs are “probably right” and warns that veering away from them potentially opens a company up to scrutiny.

“If fleets choose to pay anything different from the AFR, they will potentially open themselves up to driver conflict because they will have to justify the new rate. It is very difficult to calculate what the actual rate should be, as it depends on such a wide variety of factors – the type and length of the journey, the electric capability of the car, additional passengers or other weight carried, whether the driver is able to charge – and even the weather.”

Watts believes the next generation of PHEVs, offering between 50 and 70 miles of battery range, will be the point at which they noticeably impact on journey costs for fleets.

FleetCheck managing director Peter Golding agrees, citing the current electric-only range – typically 20 to 30 miles – as having “a fairly small impact on costs”. He added: “If the technology progresses on future models and range increases substantially, then there is a case for revisiting this subject.”

For Mark Jowsey, director – manufacturer liaison at KeeResources, the issue centres around the sheer complexity of finding a fair AFR for PHEVs: “The issue is that the CO2 emissions assume the car starts fully charged (effectively daily) which for some users will be correct but for others will not. We then reach the question of whether the car is charged at home or at work, or whether it is at a public charge point, and how often it is charged.

“If a user is charging at public charge points then there will be evidence of the extent and frequency of charge which the company could use to support the argument for their user repaying private mileage costs at a reduced rate. This would require the agreement of the company’s tax office, so then it would be time to involve tax advisers.”

Jowsey added: “I think that currently it is way too complex to find a formula [for PHEV AFRs] that would work for everyone. Nevertheless, as we see significant growth in pure EVs over the next couple of years, certainly from 2020, it seems unlikely that HMRC will want to offer further benefits beyond the Benefit-in-Kind win for the driver and National Insurance reduction for the company.”

Set your own AFRS

Lex Autolease is advising its clients to put their own interim solutions in place for PHEVs, in the hope that a standard set of rates will soon follow.

Chandler recommends a lower rate for PHEVs, based on range and fuel consumption, which would encourage drivers to plug in rather than relying on the combustion engine.

“This would also discourage high mileage motorway users from taking PHEVs, which are typically much less fuel-efficient than diesels in these conditions,” he says. “It is essential to demonstrate robust working and secure approval from HMRC before implementation – working with an experienced partner throughout this process can be a big help.”

Sarah Gray, fleet consultant for ALD Automotive, agrees: “We would always suggest that with any fuel policy it’s all about encouraging the right behaviour. Using the total monthly fuel spend and splitting this by a percentage of business and private mileage has resulted in the fairest and most cost-effective outcome. This method encourages the employee to purchase fuel at the cheapest location and also charge their car to achieve the best MPG.”

For Paul Hollick, managing director of fleet consultancy TMC, an advisory rate from HMRC remains “a long term dream” because PHEVs’ fuel characteristics are nothing like those of either combustion vehicles or EVs. The company’s fuel and mileage data, for more than 4,000 PHEVs, shows the same model can deliver between 5% less and 300% more than its official advertised economy, depending on driver behaviour and journey type.

“We recently compared real-world data on six ‘eco’ diesel cars against seven PHEVs. We found the diesels’ average real-world mpgs were 40% worse than advertised but the plug-ins’ were 200% worse. That would make a nonsense of an advisory fuel rate that was based, like the AFR rates for conventionally fuelled vehicles, on the official mpg data,” he says.

“Our data for one popular PHEV model shows the average real-world cost of petrol, VED and Class 1A NIC is actually 20ppm over 10,000 business miles, versus a theoretical calculation based on official mpg data of 5ppm.

“There is no ‘one size fits all’ recipe. We provide several clients with driver-by-driver fuel cost data and overlay the electricity costs, which the client can use to set fair reimbursement levels and (if ever needed) justify those payments to HMRC.”

FleetCheck’s Peter Golding says the first step is to monitor how vehicles are used: “Using a fuel card or telematics in conjunction with fleet software provides a very accurate means to track fuel use. This will allow you to see how different drivers and vehicles are performing, and take managerial action where it appears the PHEVs simply aren’t being charged at all.”

Businesses should also make it clear that vehicles are to be charged at least daily, he adds: “Providing chargers at the workplace is an effective way to do this – it provides a visual check as to which employees are diligently keeping their vehicles at full charge.”