Diesel share of new car market slips to a third

Diesel demand fell further in February, prompting fleet specialists to continue calls for businesses to ensure they’re picking the right vehicles for the job rather than making knee-jerk reactions. 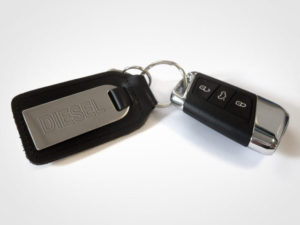 Although demand for petrol and alternatively fuelled vehicles continued to rise (up 14.4% and 7.2% respectively), diesel demand declined 23.5%, dropping its market share to 35.0% from 44.5% in February last year.

Within fleet registrations, diesel accounted for 19,921 units – 44.% of the market – while petrol registrations numbered 22,442, equating to a 50.4% market share. Registrations for alternatively fuelled vehicles totalled 2,181 units – 4.9%.

The SMMT said February’s diesel decline showed a “disappointing performance given that latest low-emission vehicles can help address air quality issues”. Recent data from the SMMT showed that average new car CO2 figures rose for the first time in two decades in 2017 as drivers switched away from diesels – following warnings from PSA Group to Fleet World that government policy was creating a “CO2 problem”.

Commenting on the latest new car registration figures, Ashley Barnett, head of consultancy at Lex Autolease, said: “Higher taxes and clean air zones could be discouraging the use of diesel cars and driving a shift towards petrol, as some consumers remain undecided on the suitability of alternative fuels for their needs. However, many of the very latest diesel vehicles can emit lower levels of greenhouse gases than their petrol counterparts and should continue to have an important role for a large proportion of vehicle users.

“Our message to fleet managers and individual drivers is to stay focused on getting the right vehicle for the right job, and to seek expert advice when considering a shift in vehicle fleet policy or choosing a new car.”

Meanwhile Robert Gordon, CEO of Hitachi Capital UK, said it was disappointing to see the impact of negativity over diesels on their new car sales “particularly as diesel vehicles will remain an important part of the UK’s transport mix for the foreseeable future”, but he greeted the rise in alternative fuelled vehicles during February. 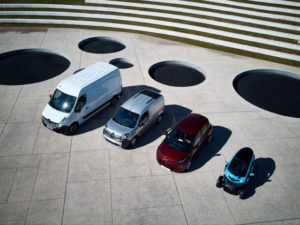 “Our own research found that 82% of fleet owners believe it is important to move towards AFVs and it would appear that momentum is beginning to increase beyond the commercial vehicle sector,” he said. “As this continues to develop, both the Government and private sector needs to ensure the infrastructure is in place to make this a reality.”

For the first two months of the year, the UK new car market declined 5.1%, with fleet registrations down 2.1% while business fell 29.8% and private registrations declined 7.1%. Meanwhile, double-digit growth for petrol and AFVs failed to offset the move away from diesel, which now commands a 35.6% market share.

Looking ahead, the SMMT predicted a further softening for the crucial number plate change month of March as it highlighted that March 2017 was a record as registrations were pulled forward to avoid VED changes.