Diesel vehicles of varying makes and ages have been struck by issues with clogged fuel filters during Britain’s freezing cold weather. 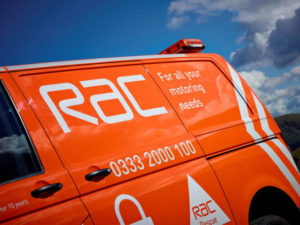 The RAC received 500 call-outs for diesel vehicles suffering from diesel ‘waxing’ in just one day, representing 5% of breakdowns

In just one day, RAC patrols attended almost 500 call-outs for diesel vehicles suffering from diesel ‘waxing’, representing a “significant” 5% of the 9,600 breakdowns the RAC dealt with on a day.

The problem lies with the formation of a gel-like substance in the diesel which leads to the engine being starved of fuel and either not starting or losing power. The cost of a garage replacing a clogged diesel fuel filter could be as high as £200 depending on the vehicle.

RAC fuel spokesman Simon Williams said: “This should not occur as all diesel produced for UK winter use is formulated with additives to prevent waxing. In addition, modern diesel vehicles are fitted with heating elements on the fuel delivery lines to prevent waxing occurring. We are, however, aware that some vehicles’ fuel lines are more exposed than others which can exacerbate waxing issues.”

The issue was last seen on a widespread basis during the very cold weather of late 2013, when a working group was set up to investigate the cause, including the RAC along with other breakdown service providers, motor manufacturers and representatives from the fuel industry, although no solution has been found yet.

Williams added: “The most likely explanation appears to be that there are a combination of factors at play involving the diesel itself, its bio content, and the way vehicles move the fuel around their systems.

“Unfortunately there is nothing diesel car drivers can do to prevent the problem from occurring other than getting their vehicles’ fuel filter changed in line manufacturer guidelines and keeping their car in a garage if they can. Even then, this may not stop a problem happening out on the road.”