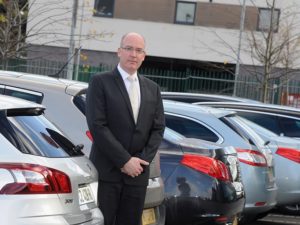 Speaking to Fleet World, Gurney said the demise of diesel had been over-promoted, though “unhelpful” media coverage and rises in VED and company car tax was causing fleets to be more cautious when replacing vehicles.

Neither had recognised the “negligible” difference in NOx emissions between Euro 6.2 diesel engines and their petrol counterparts, he added, or that some petrol engines now emit more NOx than the latest diesels.

“The latest actions taken in the Budget weren’t as bad as they could have been, but were an extremely unhelpful hinderance to the sale of much cleaner diesels and I think the government is creating a CO2 problem,” he said. “We’ve seen some businesses move towards petrol as opposed to diesel when really it isn’t the right thing to do for their business, and they are going to see their fuel costs increase as a result.”

“We’re working hard with customers to help them make the right choice; to explain and overcome some of the misconceptions about the latest diesels, and to ensure that where they should be choosing diesel – which is still very relevant for those higher mileage operations associated with fleet – that they are doing so. I think some people are making the wrong decision at the moment.”

The full interview with Martin Gurney, will appear in the February 2018 issue of Fleet World magazine. To subscribe, click here.