Could the UK government bring in monthly rises in fuel duty?

Paul Hollick, managing director of TMC, the mileage capture and mobility data specialist, says fuel duty rises could still be on the cards. 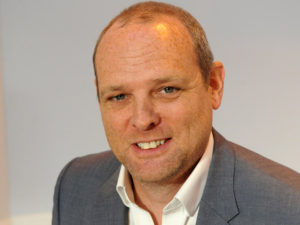 Despite the Prime Minister’s high-profile party conference promise to keep road fuel duties frozen in the 29 October Budget, the Chancellor may still signal a review leading to higher fuel taxes in future.

This follows a recommendation this week by a highly influential think-tank, the Institute for Fiscal Studies (IFS), urging the government to start ‘uprating’ fuel duty in line with inflation every month.

The Chancellor, Philip Hammond, drew on figures produced by the IFS when he issued his pre-conference warning that the eight-year freeze on fuel duty might come to an end in the coming Budget.

I would not be surprised if the Chancellor rounds off the expected announcement of yet another fuel duty freeze with the caveat that there will be a review of the duty regime next year.

The IFS’s “Green Budget Report”, published on 16 October recommends the government should bring in a system of monthly ‘uprating’ of fuel duty. This, says the IFS, would: “…separate out routine inflation uprating from policy decisions, rightly taken in the Budget, as to whether real rates of duty should be increased or reduced.”

With some forecourts already charging over £1.50 per litre for diesel, it was a bold move by the Chancellor to suggest that he might axe the tax freeze. And it was a racing certainty, in the current political climate, that Mrs May would scotch any such plan.

On the other hand, Philip Hammond must be strongly tempted by the suggestion to use monthly small increases in fuel duty – what many would call a stealth tax – to trickle-charge the Treasury’s decidedly flat fiscal batteries. Estimates of the size of the hole in the UK public finances range from £20bn to £60bn. There is only likely to be one outcome of a fuel duty review.

The end result of monthly ‘uprating’ in line with the price index will be the same as applying the inflation increases annually. Assuming 2% annual inflation, a return to indexed fuel duty would increase the tax from just under 58 pence per litre today, to nearly 67 pence in 2025.

As such, the Chancellor should resist any form of index-linking of fuel duty.

Fuel tax is possibly the worst thing you can link to inflation; because fuel prices themselves are one of the strongest contributors to higher prices.

This is something all sides of the fleet industry will need to resist very firmly if the Budget suggests a review of duties on fuel next year.