Government targets for cars and vans to be zero-emission must be brought forwards to 2032 and backed up by meaningful purchase incentives and a truly nationwide charging infrastructure. 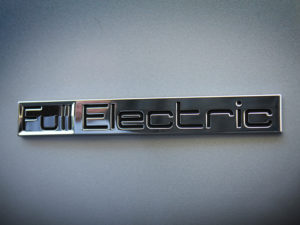 That’s the finding of MPs on the Business, Energy and Industrial Strategy Committee, who say that the Government’s current 2040 targets for zero emission cars are “vague and unambitious”.

The ‘Electric vehicles: driving the transition’ report responds to government ambitions, reiterated in the UK Plan for Tackling Roadside Nitrogen Dioxide Concentrations last summer, for the sale of ‘conventional’ petrol and diesel vehicles to be banned from 2040; more recently the Government’s long-awaited Road to Zero strategy has set out a further ambition that by 2030, at least 50% – and as many as 70% – of new car sales will be ultra low emission, alongside up to 40% of new vans.

Since the UK Plan for Tackling Roadside Nitrogen Dioxide Concentrations was published, there have been ongoing calls, including from city leaders, for the 2040 target to be brought forwards.

The BEIS report builds on this with a clear recommendation that the Government introduce a clear, precise target for new sales of cars and vans to be zero emission by 2032; it comes a week after the Intergovernmental Panel on Climate Change (IPCC) highlighted the need for urgent action on climate change including on transport.

Rachel Reeves MP, chair of the Business, Energy and Industrial Strategy Committee, said: “For all the rhetoric of the UK becoming a world leader in EVs, the reality is that the Government’s deeds do not match the ambitions of their words.

“The IPCC report was clear on the need to encourage changes in consumer behaviour, including increasing the switch to electric vehicles, to help decarbonise our economy. But the UK Government’s targets on zero-emissions vehicles are unambitious and vague, giving little clarity or incentive to industry or the consumer to invest in electric cars. If we are serious about being EV world leaders, the Government must come forward with a target of new sales of cars and vans to be zero emission by 2032.”

The report finds that the poor provision of charging points for electric vehicles (EVs) is one of the greatest barriers to growing the UK EV market. The Committee calls on the Government to take the lead in ensuring charging points are provided nationwide and help local authorities access greater technical and financial support to develop charging infrastructure across the country, including in remote and rural areas.

Reeves continued: “Our EV charging infrastructure is simply not fit for purpose. We cannot expect consumers to overcome ‘range anxiety’ and switch to electric vehicles if they cannot be confident of finding convenient, reliable points to regularly charge their cars. The Government cannot simply will the ends and leave local government, or private companies, to deliver the means. The Government needs to get a grip and lead on coordinating the financial support and technical know-how necessary for local authorities to promote this infrastructure and help ensure that electric cars are an attractive option for consumers.”

The report also says that clear incentives are needed to promote EV take-up – in particular it slams last week’s cuts to the Plug-in Car Grant; a move that’s also been widely criticised within the fleet sector.

Reeves continued: “The Department for Transport’s slashing of the Plug-in Grant scheme drives the incentives of buying an electric vehicle into reverse. Cutting support is a perverse way to encourage drivers to move to non-polluting cars. This is only the latest sign of the Government’s inconsistent approach to developing the market for electric vehicles. The Committee on Climate Change has made clear in their judgements on the Clean Growth Strategy and the ‘Road to Zero’ strategy that these plans do not go far enough to tackle transport emissions, putting the UK’s long-term carbon reduction targets at risk. A more joined-up and consistent approach is needed from Government if the UK is to seize the business opportunities of electric vehicles and deliver carbon emissions reductions.”

The Government has also been urged to work on an investment environment to locate new EV facilities in the UK.

LeasePlan UK welcomed the findings. Managing director Matt Dyer said: “If the UK is to be a leader in low-emission driving, then we need to be ambitious and today’s report is a reflection of this.

“According to our own research, the UK is the fifth best European country in which to own an electric vehicle. If we are to get to number one and accelerate the road to zero, changes must be made, such as improving the necessary infrastructure.

“There is also the issue of supply and demand. Manufacturers need to do more to provide electric alternatives. The number of EVs available on the market compared with their combustion engine counterparts are minimal. In short, it’s time for the manufacturers to provide electric alternatives for every model they make so consumers have enough choice to make the switch to electric.

“Finally, the Government needs to be consistent. Last week’s OLEV change was a blow for the industry. If we are to be a world-leader in electric motoring then we need to encourage a behaviour change, and have policies in place to support rather than hinder it.”

The BVRLA also called upon the Government to turn its vision for EV uptake into action.

Chief executive Gerry Keaney said: “At the moment, we have a misguided strategy that is withdrawing incentives and raising taxes for electric vehicles at the exact time we are trying to drive uptake. The coming Budget offers a perfect opportunity for the Government to address these glaring policy gaps. The whole automotive industry is speaking with one voice on this, but no-one in Government appears to be listening.”

However, the SMMT said the Government’s 2040 ambition was “already extremely challenging, so to fast-track that by eight years would be nigh on impossible”.

Chief executive Mike Hawes added: “Zero-emission vehicles make up just 0.6% of the market meaning consumer appetite would have to grow by some 17,000% in just over a decade. This is unrealistic and rejects the evidence put forward by SMMT on behalf of the industry, which is investing billions into these technologies but which recognises consumers need greater confidence and support if they are to buy these vehicles in the numbers we all want.”

Previous: Could the UK government bring in monthly rises in fuel duty?
Next: 3m business charge points needed by 2040 to support EV uptake