Fuel duty to be frozen for ninth year running

Fuel duty will be frozen for the ninth year in a row, the Prime Minister will announce in her speech closing the Conservative Party conference. 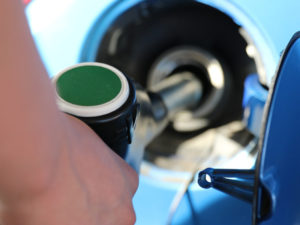 It follows conjecture that the Treasury was considering a rise as part of measures to aid increased NHS spending.

In her conference speech today, May will say: “Some have wondered if there would be a thaw in our fuel duty freeze this year. Today I can confirm that in the budget later this month, the chancellor will freeze fuel duty again.

The chancellor, Philip Hammond, said the freeze had “come at a significant cost to the exchequer”. Earlier this year, he pointed out that the freezes have cost the Exchequer around £46bn in lost revenues through to 2018-19, and a further £38bn will be forgone over the Budget forecast period – twice as much as the funds spent on all NHS nurses and doctors each year.

However. he acknowledged that “the high oil price and the near-record pump price of petrol and diesel are also imposing a significant burden on motorists”.

The news was welcomed by the RAC. Fuel spokesperson Simon Williams said: “While there is a silver lining in the form of no rise in fuel duty, darker clouds in the form of higher wholesale costs may well be passed on to drivers at the pumps imminently, so it would have been foolhardy for the Treasury to opt to punish drivers further.

“Motorists can breathe a sigh of relief for now, however it is a shame that each year motorists have to worry whether the Government is about to hit them harder in their pockets.”

Ashley Barnett, head of consultancy at Lex Autolease, also welcomed the move, saying that “the choice of electric vehicles and the reach of the country’s charging infrastructure are still improving, which means new diesel and petrol vehicles remain the most practical option for many drivers at present”.

He added: “As we transition towards zero and ultra-low emission vehicles, a steer from Government on the longer-term and sustainable alternative for fuel duty would be welcomed by business. We are hopeful that the Budget will bring more clarification around WLTP and company car tax post 2020/2021, as well as the support available for ULEVs and the implementation of clean air zones.”