The Government has extended the public consultation on plans to end the sale of new petrol, diesel and hybrid cars and vans, giving fleets more time to have their say on the targeted 2035 – or earlier – end date and whether hybrids should be included. 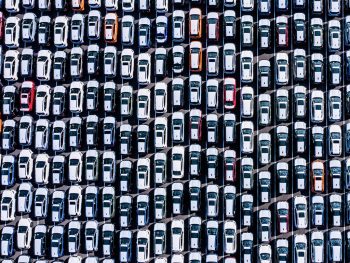 The plans could see the sale of new petrol, diesel and hybrid cars and vans banned from 2032

Announced earlier this year, the plans build on the original 2040 phase-out date, which could be advanced to 2032, and also include hybrids.

The proposed new targets are particularly pertinent for fleets, which would only have 12 years to make the shift to fully electric vehicles, or three vehicle cycles in some cases.

And while eco organisations have greeted the planned move, the Government has been accused of moving the goalposts by now planning to exclude hybrids, despite the Department for Transport having previously said it would only be mild hybrids and ‘conventional’ petrol and diesels banned.

The public consultation opened two months ago and was originally due to close at 11:45pm on 29 May 2020 but has now been extended to 31 July, likely to be the result of the coronavirus shutdown.

The consultation invites views on the phase-out date, the definition of what should be phased out, barriers to achieving the above proposals and the impact of these ambitions on different sectors of industry and society. It also asks for opinions on what measures are required by government and others to achieve the earlier phase-out date.

Consultation details are available online and the public can submit views via [email protected] or by writing in to Consultation Response, Office for Low Emission Vehicles, Zones 3/29-33, 33 Horseferry Road, London SW1P 4DR.