Petrol and diesel car ban to take effect in 2035 and include hybrids, under latest plans

The ban on sales of new petrol or diesel cars and vans in the UK will be brought forward from 2040 to 2035 at the latest and will also include hybrids, under government plans announced today. 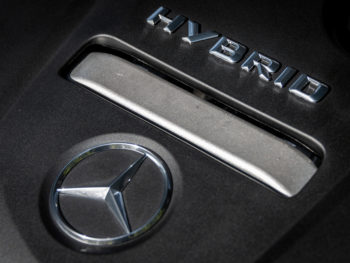 The new government target will cover hybrids and plug-in hybrids

The announcement, made by Boris Johnson at an event today to launch the COP26 UN climate conference in November, comes after months of calls for the 2040 target – first announced in 2011 and reiterated in the 2018 Road to Zero Strategy – to be advanced. This includes from the Government’s own eco advisers, the Committee on Climate Change, who said last summer that the date should be moved forwards to 2030, as 2040 would be too late to tackle climate change. Transport Secretary Grant Shapps then said at the Conservative Party Conference in October that he’d like to ‘thoroughly explore’ the case for bringing this date.

Today’s announcement would see the date for the ban brought forward to 2035 or even earlier, subject to a current consultation on whether it’s feasible.

However, it’s not just the date that would be advanced and the proposed ban will now cover full hybrids and plug-in hybrids, despite the Department for Transport having previously said it would only be mild hybrids and ‘conventional’ petrol and diesels banned. Fleets and the general public will have an input in the consultation, which has now started; the DfT has said it will be taking the views of the wider public in a number of ways, including its EV public attitude tracker, public survey, consumer and motorists bodies and industry and consumer engagement panels. And individuals or businesses are welcome to write in with evidence of their views.

While the move has been greeted by eco campaigners and the electric vehicle industry, the Society of Motor Manufacturers and Traders (SMMT) has expressed concern over a sudden change of plan that now excludes hybrids and plug-in hybrids.

Mike Hawes, SMMT chief executive, said: “It’s extremely concerning that government has seemingly moved the goalposts for consumers and industry on such a critical issue. Manufacturers are fully invested in a zero emissions future, with some 60 plug-in models now on the market and 34 more coming in 2020. However, with current demand for this still expensive technology still just a fraction of sales, it’s clear that accelerating an already very challenging ambition will take more than industry investment.”

SMMT new car registration figures for 2019 show that while battery electric vehicle (BEV) registrations experienced the biggest percentage growth, rising +144.0% to 37,850 units last year, they still only had a 1.6% market share for the year and hybrids remained the biggest seller by far among alternatively fuelled vehicles.

Hawes also highlighted how the future of the Plug-in Car Grant remains up in the air. The current grant ends in just 60 days’ time – an announcement was expected in the Spending Review but was conspicuous by its absence while hopes for clarity in the Autumn Budget were thwarted when Parliament was dissolved for the election campaign.

The SMMT’s concerns have been echoed by the BVRLA, which has also been calling for certainty on the future of the plug-in grants and continues to highlight how they are crucial to EV take-up.

Commenting on today’s announcement, BVRLA chief executive Gerry Keaney said: “Fleets will only be able to meet the Government’s ambitious new decarbonisation goals if they are given the right support with electric vehicle grants, tax incentives and infrastructure costs.”

As such, the BVRLA is urging the Government to match its new carbon reduction targets by unveiling a comprehensive EV support package in its forthcoming Budget.

“Budget 2020 is an opportunity to set the tone for a new decade in which the transition to decarbonised road transport will be won or lost,” added Keaney.

“Fleets are being asked to invest billions of pounds in new electric vehicle technology and infrastructure, which comes at a hefty price premium to its petrol and diesel alternatives.

“To achieve these goals the Government must provide a clear support package through to at least 2025. It must preserve the Plug in Car and Van Grants, maintain a strong set of tax incentives and tackle the huge and often arbitrary costs associated with fleet charging infrastructure.”It s

Yet, while the plans for the new 2035 target are causing concerns for some, international non-profit organisation, The Climate Group has called for the Government to go one step further and bring the ban forwards to 2030 to fall in line with other countries. CEO Helen Clarkson pointed out that so far, eight countries have already committed to more ambitious phase-out dates than the UK, while Scotland has had a 2032 phase-out date for new petrol and diesel vehicles in place since 2017.

She also highlighted that the group’s EV100 campaign – under which corporates pledge 100% adoption of electric vehicles by 2030 – has 62 corporate members, many of which are British, including AstraZeneca, BT, Centrica, Foxtons, Mitie, RBS, SSE and Unilever. In fact, under the campaign, the UK has the second highest number of corporate fleet vehicles committed to switching to electric, after Germany.

“Government policy must be strong and consistent to accelerate this transition, and to help the UK become a world leader on electric vehicles,” Clarkson added.