Hero or Zero? The Road to Zero Strategy in focus

By Natalie Middleton / 3 years ago / Features / No Comments

This summer saw the Government publish its long-awaited Road to Zero Strategy. Natalie Middleton looks at what it means for fleets. 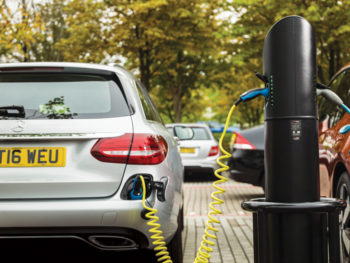 What is the Road to Zero Strategy?

Essentially it’s a document that sets out the next steps towards cleaner road transport and delivering the Government’s Industrial Strategy, which was published last year alongside the Clean Growth Strategy and the ‘UK plan for tackling roadside nitrogen dioxide concentrations’.

The latter document, more commonly referred as the NO2 plan or clean air plans, has caused controversy for reiterating a 2011 government statement that sales of ‘conventional petrol and diesel cars and vans’ will end by 2040 but leaving it unclear whether hybrids – full and/or mild – will be banned under the move.

The Road to Zero strategy is intended to expand on these strategies and plans ‘by setting out new measures towards cleaner road transport and to put the UK at the forefront of the design and manufacturing of zero-emission vehicles’.

What are the main cruxes of the strategy?

There are some broad, sweeping statements. The document sets out an ‘ambition’ that by 2030, at least 50% – and as many as 70% – of new car registrations will be ultra-low emission vehicles (ULEVs), alongside up to 40% of new vans.

The new document also outlines that to qualify as an ULEV, vehicles will need to be sub-50g/km from 2021 – down from the 75g/km that’s been used by OLEV since 2009.

Notably, the Government sets out that it has no current plans to ban any particular technology – including hybrids.

There will also be work to eliminate grid issues as well as a concerted push on the charging infrastructure and renewed action to encourage eco-driving among fleets and private motorists, including the creation of a taskforce with the motoring and insurance industry to promote the use of telematics.

Progress will be reviewed by 2025 to see if further action is required.

What doesn’t it say?

Quite a lot actually. By claiming there’s no ban on any technologies – other than restating that it will ‘end the sale of new conventional petrol and diesel cars and vans by 2040’, which amounts to something similar – it indicates that full, non-mains rechargeable hybrids and mild hybrids will still be around after this date.

But the anticipation of rapid market gains for zero-emission cars and vans, both newly registered and across the total vehicle parc, shows the Government thinks there will be something else driving the shift to such vehicles instead of political pressure – namely, technology and market developments.

There’s also no mention of plug-in vehicle range anywhere; just the reference to the sub-50g/km level of CO2 emissions to categorise future ULEVs.

Both of these points are summed up in the response to the strategy by the Committee on Climate Change.

Lord Deben, chairman of the CCC, said: “Relying on the private sector to effect the shift to zero-emission vehicles by 2040 is risky, we had hoped for greater clarity on  government actions to back this up and to ensure plug-in hybrids sold in the UK travel further in electric mode on a single charge.”

What’s the general response been?

Understandably, the focus on charging infrastructure has been widely greeted, although some were hoping for an earlier ban on vehicles, while LeasePlan has commented that 2025 is too far away to review progress.

There’s also been a call for incentives to drive ULEV take-up, including the BVRLA, which said there needs to be a greater alignment between the tax regime and efforts to improve air quality.

Previous: AFRs coming for EVs – but not for PHEVs
Next: National Windscreens drives service with new distribution centre