BMW Group has taken the remaining shares in car sharing firm DriveNow, which now becomes a wholly owned subsidiary of the group. 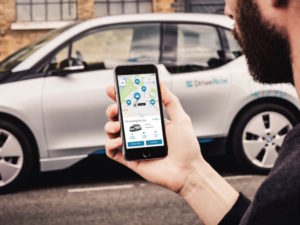 Research has shown that one DriveNow vehicle replaces at least three private cars.

The shares were acquired from rental firm Sixt SE after approval from antitrust authorities in Germany and Austria.

DriveNow was founded in 2011 as a joint venture between the two firms and operates in 13 European cities including London, using a fleet of BMW and MINI vehicles. In total, around 6,000 vehicles are in operation including BMW i3 electric models in all locations – according to the firm, research has shown that one DriveNow vehicle replaces at least three private cars.

Hofelich commented: “The decision of the BMW Group to take over the Sixt stake will turn us into a wholly owned subsidiary, as a clear commitment to DriveNow and a strong affirmation of our work to date. The BMW Group views carsharing as an essential component in the mobility of tomorrow, and looks forward to shaping our future with our parent company.”