Volkswagen Group has written to a number of customers in a move to strengthen confidence in software fixes being deployed on diesel vehicles and to encourage more customers to have their vehicles updated. 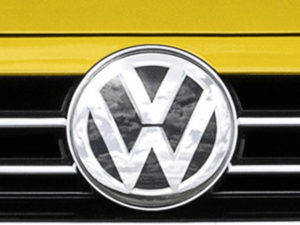 Following the carmaker’s use of so-called ‘defeat devices’ in the diesel emissions saga, around 1.2 million Volkswagen Group vehicles were recalled for a software fix, with more than half having had the recall work carried out to date.

Recent reports have surfaced of thousands of Volkswagen Group car owners saying they’ve suffered post-fix problems with their vehicles including reduced fuel efficiency and reduced power and acceleration, including some vehicles said to have gone into ‘limp mode’, with a resultant sudden loss in power.

Now a VW Group spokesperson says the company has written to some customers, though not necessarily because they are reporting problems, but to inform them that the Volkswagen Group offers a Trust Building Measure, through which the group will consider any complaints that are established to have arisen as a result of the implementation of the technical measures.

The measure applies for up to 24 months from the date of the fix and covers cars that have fewer than 160,000 miles on the clock.

The spokesperson added: “It remains the Volkswagen Group’s position that the technical measures have no adverse impact on the performance of the vehicles or the durability of the engine and its components. The Trust Building Measure has no bearing on this position.

“The satisfaction of our customers is our number one priority. As such, we also continue to consider complaints where it is established that repairs are required to vehicles with EA189 diesel engines that are unrelated to the technical measure’s implementation.”