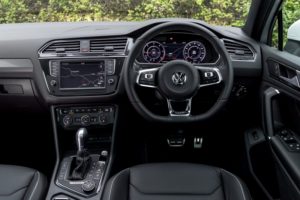 1.2 million Volkswagen Group vehicles were recalled over the emissions scandal in the UK.

A survey by UK law firm Harcus Sinclair of 40,000 affected car owners who have joined a legal action against the VW Group gained 9,500 responses from owners who’ve had the work done, with 5,052 reporting problems as a result.

The survey – believed to be the largest carried out on affected car owners in relation to the fix – found that of those owners suffering post-fix issues, more than 53% (2,706) reported reduced fuel efficiency, while more than 41% (2,088) reported reduced power and acceleration. And more than 14% (739) reported their car going into ‘limp mode’, with a resultant sudden loss in power.

The publication of the survey comes as a BBC investigation – due to be aired in a Watchdog programme tonight – also says that a number of drivers have reported their cars losing power after the diesel upgrades or suffering reduced fuel economy.

The Harcus Sinclair survey also saw vehicle owners involved in the legal action report that the emissions fix had led to further work being required to the exhaust gas recirculation system, with some drivers saying they’ve been asked to pay the full price of repairs, others have been offered a discount and some have had the work carried out as a ‘goodwill gesture’.

In the UK, around 1.2 million Volkswagen Group vehicles were recalled over the diesel emissions scandal, with more than half having had the recall work carried out to date. In the US, the carmaker has offered compensation and vehicle buybacks to affected owners but it’s refusing calls for similar steps in Europe, saying that values of vehicles have not fallen as a result of the issue.

In response to the findings, a DfT spokesperson said: “No driver should be worse off as a result of having their VW fixed and we have repeatedly pushed the company to resolve any issues that their customers report. We continue to urge them to do the right thing.”

However, Volkswagen Group UK released a statement questioning the validity of the research. A company spokesperson said: “This survey has been designed by a law firm to support the claim it is bringing for compensation against Volkswagen. We have serious misgivings about its impartiality and methodology.

“It is limited to the law firm’s clients who are likely to have different characteristics from the population of affected vehicle owners in the UK as a whole and as such is not representative of all drivers. Even among that interested group, the survey response rate was less than 25% and only half of the respondents reported any problem.

“In stark contrast, in the UK Volkswagen has implemented the technical measures in over 720,000 vehicles and in over five million vehicles across Europe. There is no systemic problem. The overwhelming majority of our customers have been fully satisfied. Put another way, around five million customers have not reported any problems with the technical measures.

“Our customers are our number one priority and we are committed to investigating any complaints. If any of our customers do experience issues with their vehicle, they should contact the Volkswagen Group’s Customer Services Centre directly.”