Calls for UK vans to be fitted with tachographs will “strangle” the UK’s SMEs, says the Freight Transport Association (FTA) as it brands the plans as an “excessive exercise in red tape”. 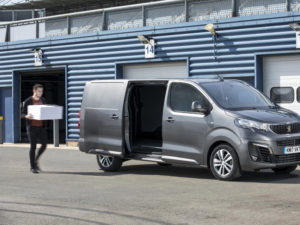 Vans will be required to have a tachograph fitted by law, should EU proposals get the go-ahead

Proposals from members of the European Parliament’s transport committee would see all vans in the UK required to have a tachograph fitted by law – a move that the FTA says would make it “even harder for British business people to make a daily living”.

Part of the latest draft of the Mobility Package due to be implemented before the UK leaves the EU in 2019, the move would require commercial vehicles between 2.4 and 3.5 tonnes to fit and operate a tachograph, as HGVs are required to do at present – bringing not only cost implications but also extra hassle, says James Hookham, deputy CEO of FTA.

Labelling the introduction of this equipment in the vans sector as “pointless”, Hookham said: “Will small business really have the time and ability to analyse the necessary data and plan their work around so many new working time rules? Would governments have the resources to enforce the move? The proposal is simply unenforceable, and a case of MEPs making bad decisions on the fly.”

He added: “Introducing a pointless measure like tachographs for van operators will not benefit our small and medium sized businesses but strangle them with red tape, at a time when they should be being encouraged to flourish and expand.”

However, fleet operators hoping to be included in the DVSA’s Earned Recognition Scheme may welcome the move, as it would aid their fleets’ compliance with the scheme. The new regulation will undoubtedly introduce more red tape and additional costs to small fleets, but for larger fleets the move could simply be a formality of something they’re already doing voluntarily.

The argument is backed up by research from Volkswagen in 2016 found that 50% of vans failed their MOTs on the first attempt. In addition, van drivers’ working hours already exist but are not enforced.

Previous: Auto Windscreens to boost EV fleet
Next: Today in Fleet – Friday 4 May