Time for fleets to play part in combating global warming

Fleets are being urged to play their part in taking action against global warming through adopting greener vehicle policies. 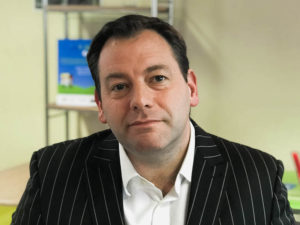 That’s the view of fleet management and car benefit specialist Fleet Evolution, which says that although UK businesses can’t unilaterally address the world’s climate problems, switching course over fleet policy and introducing more electric vehicles can make a difference at a local and, ultimately, national level.

It follows Sir David Attenborough’s comments a week ago at the United Nation’s annual climate summit – where he said climate change posed the world’s greatest threat in thousands of years.

Fleet Evolution director Andrew Leech said that fleets could still make a difference by changing course over their fleet policies and introducing as many hybrids and pure electric vehicles to driver choice lists as possible.

He also outlined that adding more EVs and other ultra-low emission vehicles to fleet policies, companies can not only see clean air benefits, but can also reap financial rewards in terms of lower fuel and BIK bills for drivers, and the avoidance of charges for entering the emission charging zones that many cities are introducing.

Leech said that issues with suitable vehicles and charging infrastructure were also being overcome.

“The recharging infrastructure we need is now being put in place. In the last few days we have seen Tesco announce that it is adding more than 2,400 charge points to 600 car parks around the country in conjunction with Volkswagen and vehicle charging specialist, Pod Point.

“There are now 17,701 public charge points in the UK as at September 2018, a 27% increase in the last 12 months, while many drivers have access to their ideal charging station – their own driveways or garage.

“When eminent conservationists like Sir David Attenborough warn that the world is at a crossroads, it behoves us all to pay attention and do our very best to help save the planet,” added Andrew Leech.