Curtis Hutchinson: Back in contention

By Curtis Hutchinson / 2 years ago / Comment, Opinions / No Comments

Over 12 months since being acquired by the PSA Groupe and Vauxhall’s recovery is starting to take shape. 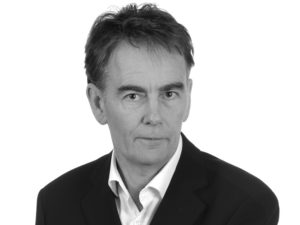 Vauxhall’s recovery plan has got off to a good start, according to Curtis Hutchinson

For decades Vauxhall was a strong number two to Ford, especially in the fleet sector where the Cavalier and Omega were company cars of choice for a legion of loyal drivers. Indeed, as recently as 2013, former Vauxhall boss Duncan Aldred was predicting the brand would overtake Ford by 2016. It didn’t.

Since then Vauxhall’s market share has been chipped away by emergent volume brands and premium German marques with General Motors realising its long-standing ambition to offload its loss-making European operations, selling Vauxhall and Opel to PSA Group in August 2017.

Somewhere along the way Vauxhall had lost its mojo. The unloved Vectra never established itself as a true Mondeo rival in fleet, while its Insignia successor was a car out of time; a capable upper-medium model in a sector superseded by crossovers.

Last year Vauxhall lost its position as the UK’s second biggest selling car brand to Volkswagen, after registrations slumped by 22%; an ignominious fall unprecedented in its long history.

However, things are changing. In January Stephen Norman took the reins as Vauxhall’s managing director, with a reputation for getting things done as PSA’s chief sales and marketing officer. An industry veteran, he had previously held senior positions at Renault, Fiat and Volkswagen.

Norman’s brief is to implement PACE! – Opel’s recovery plan aimed at returning the combined business to profit by 2020. The group has targeted savings of €1.1 billion by 2020 and €1.7 billion by 2026, which will help achieve a lower break-even point of 800,000 vehicles.

Within the plan the business will ramp up its electrification programme by offering pure electric, or plug-in hybrid, models alongside petrol and diesels in all its car lines by 2024. By 2020 it aims to have four model ranges with some form of electrification, including the Grandland X PHEV and a plug-in version of the next-generation Corsa.

The PACE! plan will also see the business significantly grow its LCV operations. The blueprint for future vans will be the Combo, which goes on sale in December and was borne out of an existing joint venture between GM and PSA, with the Combo sharing a platform with the new Peugeot Partner and Citroën Berlingo. All three models recently won the 2019 International Van of the Year Award.

Meanwhile the new-generation Vivaro rolls off Vauxhall’s Luton production line next year, with the tantalising prospect of the plant perhaps producing Peugeot and Citroën-badged vans in the future.

This renewed focus on commercials will benefit fleets with the brand selling them from every dealer in its new network, while creating between 50 to 75 Van Business Centres, some of which could be with LCV specialist dealers outside of the Vauxhall network.

The recovery plan appears to have got off to a good start as the business made an unexpected return to the black in July for the first time since 1999. However, there have been casualties with headcount reductions at its Astra plant in Ellesmere Port and a dramatic cull of its dealer network with two-year termination notices issued to all 326 dealers. Vauxhall aims to have around 250 dealers by 2020; significantly fewer sites but with much higher output than is currently being achieved.

Some dealer groups have chosen to close sites now rather than hang on. Others, identifying a long-term future with the brand, will look to combine Vauxhall showrooms with either Peugeot or Citroën. The process has already begun with Evans Halshaw opening its first joint Vauxhall/Peugeot showroom in October after the group decided to combine two separate sites in Wakefield, West Yorkshire, to a newly refurbished facility.

More will follow as dealers start planning future representation in the knowledge that next-generation Vauxhall, Peugeot and Citroën cars and vans will share underpinnings, technology and parts.

Norman is taking a close look at how the business approaches fleet and retail with future sales likely to be more balanced than before. In a recent interview with Autocar he refuted the inference that the brand was too heavily dependent on fleet.

“Today our Corsa sales are mostly retail, but the bigger cars still go to fleets. We sell to user-choosers, and there’s nothing wrong with a company car sale as long as it’s about as profitable as a retail sale. Our business is absolutely not built on sand, but on a different kind of rock.”

As part of its recovery programme Vauxhall’s product line-up will be slimmed down to just six car model lines: the Corsa, Astra, Crossland X, Mokka X, Grandland X and Insignia. The Zafira’s already gone and the Adam and Viva city cars will both disappear next year.

Meanwhile, plans are underway to launch eight new or refreshed car and van models by 2020, starting with next year’s all-important next-generation Corsa, the car which Vauxhall hopes will redefine the brand and kick-start its turnaround. We’ll see.

Previous: Time for fleets to play part in combating global warming
Next: Euro NCAP ‘Best in Class’ winners for 2018 revealed