Changes to the new A6 bring a rock-solid fleet proposition, says Julian Kirk. 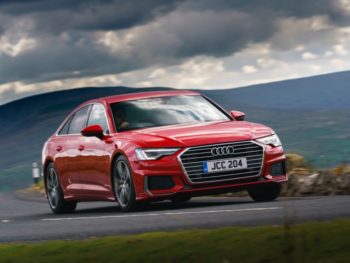 Is it damning a car with faint praise to suggest the new A6 is exactly what you would expect it to be?

There were certainly no surprises when I tried out the latest version of Audi’s executive challenger, and that’s no bad thing in the conservative corporate world. After all, the last A6 really gave Audi some headway in this core fleet sector, so the new version was never going to stray too far from the script.

So the new version takes all the bits and pieces which make Audis covetable on choice lists – the right badge, sporty looks, hi-tech interior – and blends it with the more prosaic stuff such as low emissions, decent fuel economy and strong residuals.

Together, these things make the A6 a tough act to beat and, in this new form, even tougher thanks to its stylish makeover inside and out.

The new A6 really sharpens up the old model’s more rounded edges, lending an aggressive stance. Inside is the new generation of MMI infotainment located on two separate high-resolution touchscreens, bringing some of the features debuted on the larger A8 to this sector.

Mechanically, there is now the addition of a mild hybrid function which enables a fuel saving coasting operation, while the familiar 2.0-litre diesel engine is still doing sterling service. It’s not the most refined in its class, but it delivers a decent turn of pace for its size and, allied to the seven-speed S-tronic automatic gearbox, makes for effortless progress.

S-line trim brings larger wheels and firmer suspension, but it seems Audi has listened to the beefs of some UK drivers who have complained about an overly stiff, uncomfortable ride. This is now banished – it’s still firm, but not uncomfortable.

Factor in that rock-solid build quality and the Audi brand image, and the A6 is destined to continue its predecessor’s success.

What we think: Ticks all the boxes as an executive express – quick, roomy, comfortable, stylish, and with the right sort of badge.