The UK’s race to build a world-leading national charging network has taken a major step forwards as the Automated and Electric Vehicles Act receives Royal Assent. 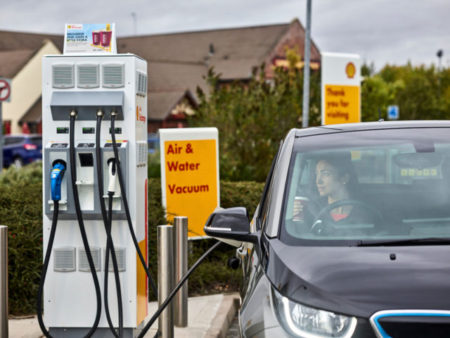 Announced in the Queen’s Speech a year ago, the new laws give the Government powers to make electric vehicle charge points mandatory at motorway services and even allow mayors to request installations at large fuel retailers in their areas – supporting plans for most new cars to be ULEVs by 2030 under the newly announced Road to Zero Strategy.

Expected to improve consumer confidence in charging their vehicles, the new laws also enable the Government to ensure new charge points are ‘smart’, standardise payments and ensure key charge point information is made public while setting standards for reliability.

The new laws also see insurance rules modernised to cover self-driving vehicles, ensuring that motorists are covered both when they are driving, and when the driver has legitimately handed control to the vehicle.

Jesse Norman, Roads Minister, said: “This act will ensure that the UK’s infrastructure and insurance system is ready for the biggest transport revolution in a century.”

The Renewable Energy Association greeted the move. Daniel Brown, EV Lead at the REA, said: “This Act, in addition to the recently released Road to Zero strategy, gives an important and timely boost to the development of a world-leading EV charging network in the UK.”

He added: “The Government’s Industrial Strategy laid out an ambition to build electric vehicles and batteries in the future. Significant public funds are being invested in battery research and the development of new supply chains.

“The UK, however, is not the only country with a hunger to be manufacturing these clean technologies – for example China and California’s Zero Emission Vehicle Mandates are cornerstone policies in their ambition to grow their own EV manufacturing capabilities. If an intelligent, strategically located, and reliable charging network can be deployed at speed in the UK it will help give us an advantage in this new industrial era.”