Most new cars to be ULEVs by 2030, says Government

Most new cars will be ultra low emission vehicles by 2030 with no current plans to ban hybrids while there will be a concerted push on the charging infrastructure and EV incentives, according to the Government’s long-awaited Road to Zero strategy. 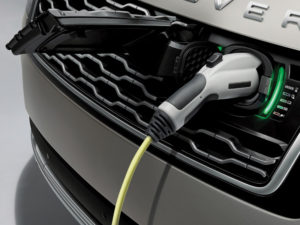 The Government says its 2030 ULEV targets are technology-neutral

Originally due to have been out in March, the newly published document builds on ambitions reiterated in the clean air strategy last summer that the sale of ‘conventional’ petrol and diesel vehicles would be banned from 2040, which led to confusion over whether full, non mains rechargeable hybrids, such as the Toyota Prius, would be included as well as plug-in hybrids.

The new document sets out an “ambition” that by 2030, at least 50% – and as many as 70% – of new car sales will be ultra low emission, alongside up to 40% of new vans. This follows ongoing calls, including from city leaders, for the 2040 target to be brought forwards.

The new document also outlines that to qualify as an ULEV, vehicles will need to be sub-50g/km from 2021 – down from the 75g/km that’s been used by OLEV since 2009.

The Government also sets out that it has no current plans to ban any particular technology – including hybrids – adding that the “Road to Zero Strategy is technology neutral and does not speculate on which technologies might help to deliver the Government’s 2040 mission.”

As reported by Fleet World last autumn, the DfT outlined that its ULEV targets were focused on zero-emission capability and that full hybrids such as the Toyota Prius would be included but mild hybrid technology – increasingly being used by carmakers to meet eco targets – would not be allowed.

The new Road to Zero document also talks about means of encouraging eco-driving among fleets and private drivers, and said: “This will include the creation of a taskforce with the motoring and insurance industry to promote the use of vehicle telematics technology.”

To further drive uptake of ULEVs, the document sets out how the Government will take “steps to enable [a] massive roll-out of infrastructure to support electric vehicle revolution” as it said the strategy “sets the stage for the biggest technology advancement to hit UK roads since the invention of the combustion engine”.

The document also brings vital new measures to ensure new homes and offices are equipped with electric car charge points along with new street light installations while allocating larger grants to workplace charging and more funds to enhance the electric car charging infrastructure, including the launch of a £400m Charging Infrastructure Investment Fund and a new £40m programme to develop and trial innovative, low cost wireless and on-street charging technology. This also includes confirmation that the Plug-In Car and Van Grants will continue in some form until at least 2020.

And Transport Secretary, Chris Grayling, said the Government would be monitoring progress on its ambitions: “We will review progress by 2025 and consider what interventions are required if not enough progress is being made.”

The document was welcomed by the BVRLA, but chief executive Gerry Keaney identified some potential issues: “We are still concerned about the cost and complications that fleet operators wanting to install EV infrastructure face when trying to arrange planning permission or deal with local distribution network operators.

“It is critical that the right incentives are in place to support this strategy. Fleets invest billions of pounds on new cars, vans and trucks each year and a significant portion of this purchasing power stands ready to bring thousands more plug-in electric vehicles on to the UK’s roads. This can only happen if they are given the right supporting environment to deliver a managed transition away from petrol and diesel engines.”

He also said that there needs to be a greater alignment between the tax regime and efforts to improve air quality.

“The tax system is crucial to incentivising the right vehicle choice,” Keaney continued. “We would urge the Government to provide clarity at the upcoming Budget as to how this can be achieved. As a start we are calling on the Chancellor to accelerate the introduction of the 2% Company Car Tax band for zero-emission vehicles. This tax band is currently scheduled to increase over the next two years to a high of 16% in 2019/20, before dropping to 2% the year after.”

Keaney said that this would help to drive company car take-up – latest HMRC figures show the number of drivers taking company cars continues to decline due to rising tax costs, with impacts on average new car emissions as drivers opt out.

“We know from our latest sustainability study that those taking cash allowances emit an average of 145g/km of CO2 compared to lease car drivers who emit an average of 114g/km CO2. Company cars are cleaner, and government can have a quick win by creating a tax system that incentivises the uptake of company cars, rather than driving people towards cash allowances,” he continued.

“Looking further forward, we are desperately in need of a zero-emission taxation roadmap that will give fleet operators the confidence to make long-term investments. We are starting to work with our members and other stakeholders to develop this roadmap.”

The SMMT also welcomed the document, including the technology-neutral response, but said barriers around infrastructure, consumer acceptance and supply chain need to be addressed  for the transition to zero emission vehicles to be a success, as it said that the 2030 targets were far beyond European expectations and industry predictions.

However, a number of eco and motoring organisations called for more stringent targets. Morten Thaysen, clean air campaigner at Greenpeace, said: “We need 100% ultra-low emission car and van sales by 2030.”

Meanwhile Edmund King, AA president, said charging plans should extend beyond office and residential schemes: “Encouraging workplaces, supermarkets, shopping centres and petrol stations to start installing charging points and help convince drivers that they won’t be left stranded at the roadside is needed. Three fifths (62%) say they would be more likely to buy an EV if there were more ‘destination’ charging points at locations like supermarkets and hotels.”

And RAC head of roads policy Nicholas Lyes said more work is needed on ULEV purchase incentives: “Changes to the car tax system last year arguably made it less attractive to buy a plug-in hybrid vehicle – which is odd, given the Government’s recognition that these vehicles are a crucial stepping stone to an all-electric vehicle.

“There is a strong argument for looking at new incentives to help make the purchase price as comparable to similar sized conventional equivalents – perhaps by way of a VAT discount or even an exemption on them.”