Environmental action group, ClientEarth, has slammed the UK Government’s Air Quality Plan and Road to Zero strategies, claiming neither of them solve long-standing problems with national policies, and arguing that they put shift the burden to local authorities. 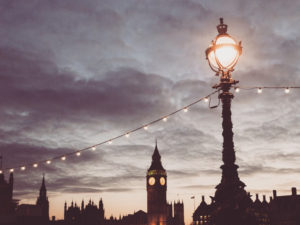 “We have an opportunity to bite the bullet and solve problems which have been overshadowing us for decades,” she explained. “Road to Zero has few mentions, if any, of the need to reduce travel and encourage the take-up of public transport, walking or cycling, or helping to make freight and logistics more effective.

“The Government’s Air Quality Plan is woefully inadequate, twice it’s been found to be unlawful by the High Court, but the buck has been passed onto local authorities, while failing to address national policy failures, which are part of the problem.”

Lee added that ClientEarth was concerned that local authorities’ plans, which are now being published, might not meet the legal tests set out by the High Court for fast and effective reduction of air pollution. She also said the plans published so far don’t bode well for the supplement to last year’s Air Quality Plan, which is due before 5 October.

“We don’t think it’s the councils’ fault,” she said. “For us it’s very much long standing national policies that are causing the problems. We should have met legal limits in 2010. The Government has had more than a decade to work towards this, to put in those longer term investments in public transport and adopting walking and cycling – they chose to go for technology.

“But here we are. We’re eight years behind meeting legal limits which are designed to minimise the health impact from NO2. We’ve seen the Government drag its feet for eight years, choosing to fight legal challenges instead of getting on with it. Which is why we need to keep this pressure on, and get them to work on it.”