The Department for Transport has launched an eight-week consultation into rolling out E10 higher-concentration bioethanol to the UK, with a view to cutting CO2 emissions. 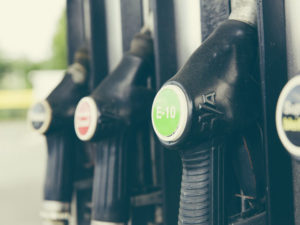 It follows changes to the Renewable Transport Fuels Obligation (RTFO), announced earlier this year, which will require fuel suppliers to increase their share of renewable fuels in the run-up to 2013.

Moving to E10 would double the percentage of bioethanol in petrol from the E5 (5%) that’s already sold here, and is said to offer a 2% improvement in CO2 emissions. However, the DfT said industry data had shown there could be one million UK cars which cannot use it.

The consultation will look at how and when it would be available, and ways to still offer affordable E5 petrol on forecourts, as well as new labels on cars and pumps to help consumers decide.

Transport Minister Jesse Norman said: ”This government is ambitiously seeking to reduce the UK’s reliance on imported fossil fuels and cut carbon emissions from transport. But drivers of older vehicles should not be hit hard in the pocket as a result. We have launched this consultation in order to understand the impact of E10 on the UK market better, and to ensure that drivers are protected if any changes come into effect.”