Jaguar Land Rover is believed to be weighing up an offer on a majority stake in Addison Lee as it looks to expand its mobility offering. 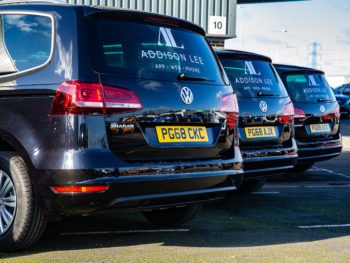 According to a report in The Telegraph, JLR – along with other carmakers, technology and private equity firms – is mulling a bid on the minicab operator as it looks to expand its offering in line with fast-paced changes in car ownership and sales.

The paper said that Addison Lee’s owner, US private ­equity firm Carlyle Group, has hired Bank of America and Rothschild to try to sell its majority stake in the business with a target price of between £300m and £500m some six years after it acquired it for around £300m.

Founded in 1975, Addison Lee has grown to complete over 10 million journeys a year and is now in 350 cities worldwide.

The newspaper report comes just four months after JLR chief executive announced a ‘Charge and Accelerate’ transformation programme that would deliver £2.5bn in cost reductions and cashflow improvements over 18 months, as well as long-term strategic operating efficiencies by “taking decisive action to help deliver long-term growth, in the face of multiple geopolitical and regulatory disruptions as well as technology challenges facing the automotive industry”.

The plans was revealed as the carmaker confirmed plans to axe 4,500 jobs and were followed just weeks after by Jaguar Land Rover’s announcement of a £3.4bn loss for the last three months of 2018 after being hit by both declining sales in China and the downturn in diesel demand.

The results saw JLR write down the value of its capitalised investments as it warns of the “headwinds” facing the automotive industry.