The Ionity ultra-fast charging network is to get a new kWh-based pricing scheme, intended to reflect actual consumption but already under fire from the Norwegian Electric Vehicle Association (Norsk elbilforening). 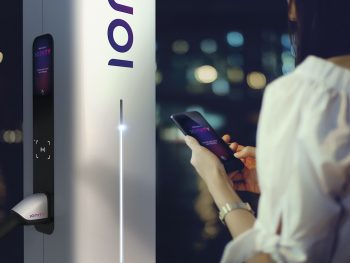 The new scheme applies solely to ad-hoc customers – not to drivers using Ionity’s network via Connected Mobility Service Providers (MSPs) such as the Audi e-tron Charging Service and Mercedes me Charge, which offer bespoke packages – and sees the previous flat rate of €8 / £8 replaced with a fee of €0.79 (69p) per kWh, effective 31 January 2020.

It’s a move that’s come under fire by the Norwegian Electric Vehicle Association, with general secretary Christina Bu having said it shows that the German automotive industry – Ionity was established by the Volkswagen Group in partnership with Daimler, BMW and Ford – does not understand the bearing of the Norwegian electric car market.

By the time an additional administration charge has been levied, the price will come in at around NOK8.40 per kWh (€0.85 / 73p) in Norway, making it much more expensive than petrol or diesel, according to the association.

It’s called for Ionity to re-evaluate the new pricing policy as soon as possible, including reflecting the local cost of power; in Norway, electricity is cheaper than in a number of other European countries.

However, commenting on the new scheme, Ionity CEO Michael Hajesch said: “Our new pricing scheme offers a viable and transparent pricing structure in Europe. Depending on their individual needs, our customers have the freedom to choose the most appropriate scheme available.”

Ionity is also continuing planned work to ramp its charging network, which will cover 24 European countries by the end of 2020.