Volvo’s crucial new XC60 mid-size SUV will be making its industry debut at the Fleet Show as the brand’s transformation continues. 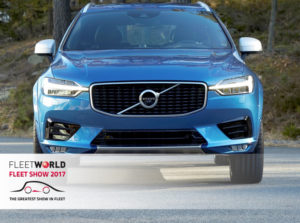 The new XC60 is one of the key players in this plan – the current model enjoyed its best ever sales year in 2016, despite being in its run-out phase. The new model is available to order in the UK now, with on-the-road prices starting at £37,205. First deliveries are expected in the third quarter of 2017.

The XC60 is the first of Volvo’s mid-sized 60 series models to be built on its Scalable Product Architecture (SPA) platform. It is powered by Volvo’s efficient Drive-E powertrains, and features much of the advanced connectivity, entertainment and safety technology from the larger 90 series cars.

A choice of three 2.0-litre, four-cylinder engines will initially be available – the D4 and D5 PowerPulse diesels, and the T5 petrol. A T8 Twin Engine petrol-electric plug-in hybrid will be available later in the year. Every XC60 comes with all-wheel drive and an eight-speed automatic gearbox as standard.

Jon Wakefield, managing director of Volvo Car UK, said: “We are incredibly excited about the brand-new XC60. Not only does it bring all the style and advanced technology from our larger cars to our best-selling SUV, it is the latest step in Volvo’s transformation.”

Also at the Fleet Show will be Volvo’s S90 saloon, including the new sporty R-Design trim level, the V90 in Cross Country and R-Design guises, and D5 and T8 versions of the seven-seat XC90 SUV.Meet the industry’s biggest suppliers, experience the latest cars and vans, network and attend a packed seminar session at the Fleet Show, held at Silverstone. Secure your place by registering at www.thefleetshow.co.uk.

Previous: Prices and specs announced for Renault Koleos
Next: Peugeot 308 gets updated styling and new engine