Drivers in favour of "Idiot behind the wheel" detection scheme 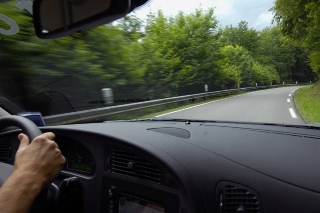 Carried out by car leasing firm Flexed.co.uk, the poll revealed dozens of suggestions for these boards from bad drivers to people who smoke and throw their cigarette butts out of the window.

‘Yes, people would like to know if the driver in front has a conviction, so a plate that complements the existing “L” and “P”plates would be welcome,’ said Flexed.co.uk spokesperson Mark Hall. ‘But British drivers aren't without a sense of humour, so we asked them what else they'd like to see.’

Question: Would you like to see a warning board for drivers with previous convictions and unspent points on their licence?

‘That's a pretty convincing result,’ added Hall. ‘Road users would really like to know if other drivers present a risk to them, so they can act accordingly.

‘Nobody should have to drive with the fear that the driver next to them is unpredictable or is a potential danger.’

The question on other warning signs brought a mixed bag of results – some serious, some with tongue firmly in cheek, and some we weren't sure about. In no particular order, the most popular and funnier suggestions are:

Question: Which other warning signs would you like to see on the back of cars?

‘Is it offensive to say that a driver is past retirement age?’ Hall said. ‘A few years ago, a call for elderly driver warnings might have got some traction, but we're more enlightened with our –isms these days and we're sure what's meant as public information would be taken as discrimination.’

As for some of the more off-the-wall suggestions, some were just downright offensive.

‘We weren't terribly impressed with suggestions for warnings of fat drivers or mocking race or religion, either,’ added Hall. ‘But we'd absolutely support massive signs warning road users that the car in front or behind is a company car driver.

‘With the General Election less than 100 days away, we'd vote for any party that supports this idea.’