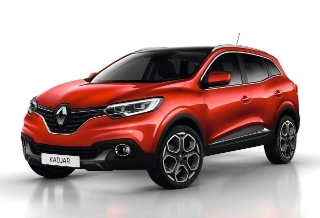 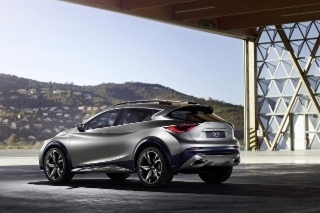 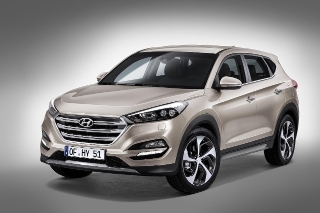 Next week’s event will see a raft of new compact crossover and SUV models unveiled from mainstream OEMs aimed at boosting their presence in Europe and responding to changing consumer trends. Among the most important of these launches will be the new Renault Kadjar, while the company is looking to use the model to spearhead its efforts in China, with the Kadjar being the first Renault-badged model to be built in the country.

Also being debuted is the all-new Hyundai Tucson, which will revert back to its previous name after carrying the ix35 nameplate in Europe during its current iteration. Both the original Tucson and its ix35 replacement were key in increasing Hyundai's share and presence in Europe and the new model will be a further step up in quality, equipment, and styling

Honda will also be present with the European debut of the firm's new H-RV. Honda last offered a vehicle in Europe with that nameplate in 2006 and the new model is a different concept to the original H-RV, which will compete in the increasingly crowded SUV-B market in the region.

The premium OEMs are also moving into this territory and Infiniti will show the concept version of its QX30 crossover which is the key model for the brand's efforts to establish itself in Europe, which have so far been underwhelming. In advance of the show, the brand has revealed images of the QX30 Concept.

Commenting on the new models, IHS Automotive principal analyst, Tim Urquhart and Stephanie Brinley said that many of the new models that will be launched at Geneva are further evidence of the shift in consumer tastes in the European market, with the shift from conventional hatchback and sedan body style to compact crossover and SUV body styles.

They added: ‘The SUV-B market continues to have huge growth potential, in particular, and more and more OEMs are entering the segment, including in the future the leading European premium OEMs, with Audi set to debut its Q1 crossover next year. The shift in market dynamics is illustrated when one looks at the evolution of B and C-Car segment sales in the EU28 group of countries in comparison to combined SUV-B and SUV-C sales during the same period. The combined B and C-Car segment sales during this period will remain relatively stable, rising from 4.7 million to 5.3 million units over the decade. However, combined SUV-B and SUV-C sales will rise from 1.1 to 3.2 million units, with both SUV-B and SUV-C adding around a million units each in the region during the decade. There is no doubt that customers are increasingly looking for the enhanced road presence, higher driving position, and perceived extra utility of such models. For OEMs, they have the advantage of being able to use, in many cases, lightly modified conventional passenger-car architecture and powertrains, for relatively low additional development costs.

‘At the other end of the offering spectrum, another trend that is set to be in evidence in Geneva is the launch of a number of high-end performance cars and ultra-luxury models from storied brands. Ferrari will debut a comprehensively re-engineered version of the 458, which will go by the 488 GTB nameplate. It will be the second turbocharged Ferrari in the current line-up, using a 3.9-litre turbocharged V-8 engine that produces 670 CV at 8,000 rpm and up to 760 Nm at 3,000 rpm. It is said to be capable of accelerating from 0 to 200 km/h in a scarcely credible 8.3 seconds and reaching a top speed of over 330 km/h. It will be rivalled in the super-sportscar class by the second-generation Audi R8, which will also debut at Geneva. The model will retain the same V8 and V10 powertrains as well as share its architecture with the Lamborghini Huracan. McLaren will also debut its track-only P1 GTR hyper-car, which will act as a rival to Ferrari's FXX track-based programme.

‘In terms of the ultra-luxury market, Mercedes-Benz will debut the Maybach Pullman, a stretched high-end variant of the S-Class that is expected to sell for at least €500,000 and which will nominally be the replacement for the defunct Maybach 62 model, while Bentley will also debut a new coupé concept. Further model-range diversification is likely to be a growing feature of ultra-luxury and performance brands such as Ferrari, McLaren, Bentley, and Rolls-Royce, as a result of the growing ranks of the global super-rich created by economic growth in, especially, the US, China, India, and the Middle East.’

Previous: Drivers in favour of "Idiot behind the wheel" detection scheme
Next: Mitsubishi previews Concept XR-PHEV II prior to Geneva reveal