Diesel drivers could be charged to enter city centres

Concerns are mounting that diesel drivers could face fines to enter city centres as the High Court rules the Government’s clean air strategy does not meet legal requirements. 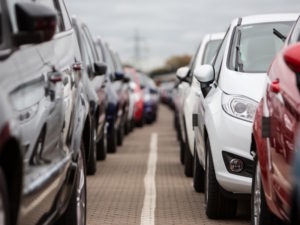 Defra’s current plans for Clean Air Zones would place restrictions on vans, HGVs, buses and taxis in a number of cities but the concern is that diesel cars will also face restrictions as the Government rethinks its strategy.

In September 2015, Defra announced a consultation on plans to restrict diesel drivers entering city centre. However, according to the Guardian, the Treasury blocked such moves, with officials saying “it would be politically very difficult, especially given the impacts on motorists”.

Speaking yesterday after winning the case against the Government, ClientEarth’s air quality lawyer Alan Andrews said: “We need a national network of clean air zones to be in place by 2018 in cities across the UK, not just in a handful of cities. The Government also needs to stop these inaccurate Modelling forecasts. Future projections of compliance need to be based on what is really coming out of the exhausts of diesel cars when driving on the road, not just the results of discredited laboratory tests.”

In response to the latest concerns for diesel cars, RAC roads policy spokesman Nick Lyes said: “It is right that steps are taken to tackle poor air quality, however many motorists and businesses will feel worried that they are going to be unfairly targeted with punitive charges, especially those who heeded advice in 2009 to switch to diesel vehicles because it was considered the right choice environmentally.

“Demonising diesel vehicles as a whole is also extremely short-sighted. Some of the newest diesel vehicles on the road are also some of the cleanest, and diesels will also play a role in helping to reduce CO2 emissions, which contribute to man-made climate change.

“The Government should instead find ways to encourage motorists to switch from the most polluting vehicles to cleaner modern vehicles, rather than punishing existing owners. Changes to vehicle excise duty rates in 2017, where ultra-low emission vehicles will pay the same standard rate as a far more polluting vehicle after the first year, is certainly not going to encourage motorists to switch. The Government must also look to stimulate the modernisation of bus and taxi fleets, which can be the worst polluting vehicles in city centres.”

Conversely, the Freight Transport Association (FTA) – whose commercial vehicle members are affected by the current Defra proposals –  has said that a broader approach to air quality needs to be adopted, including for cars.

Head of national and regional policy Christopher Snelling commented: “No-one questions the need for better air quality in order to improve people’s health but placing an unfair burden on the freight industry isn’t the answer.

“The current Defra plan already sets in place targets in cities across the UK that will cost industry millions and could force small businesses out of their markets. This is especially true for those relying on vans because there simply won’t be enough compliant vehicles to satisfy the need.”

“If faster progress in commercial vehicle fleet renewal and a switch to alternative fuel is to be made, it will have to be on the basis of support from the Government. But we can’t just consider commercial vehicles. The regulations Defra is looking at may have to take a broader approach to road transport, not shying away from issues such as the contribution of cars just because it is unpopular with voters.

“We know that, unlike cars, Euro 6 HGVs are meeting their emissions limits. So as newer vehicles populate the fleet, the contribution from lorries will massively reduce anyway. Further regulation of HGVs will only produce a very short blip of emissions reduction, at a massive cost to industry, especially small businesses.”