A High Court ruling has found that the Government broke the law by failing to tackle illegal levels of nitrogen dioxide (NO2) air pollution as quickly as possible‎. 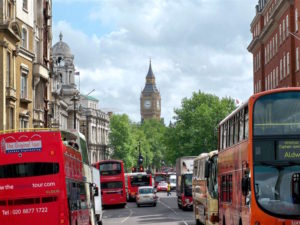 Campaigners from environmental legal group ClientEarth won the case after Mr Justice Garnham agreed that the Environment Secretary had failed to take measures that would bring the UK into compliance with the law “as soon as possible” and said that ministers knew that over optimistic pollution modelling was being used.

In his judgment, Mr Justice Garnham ruled that the Government’s 2015 Air Quality Plan failed to comply with the Supreme Court ruling or relevant EU Directives and said that the Government had erred in law by fixing compliance dates based on over optimistic modelling of pollution levels.

ClientEarth CEO James Thornton said: “The time for legal action is over. This is an urgent public health crisis over which the Prime Minister must take personal control.”

ClientEarth air quality lawyer Alan Andrews added: “We need a national network of clean air zones to be in place by 2018 in cities across the UK, not just in a handful of cities. The Government also needs to stop these inaccurate Modelling forecasts. Future projections of compliance need to be based on what is really coming out of the exhausts of diesel cars when driving on the road, not just the results of discredited laboratory tests.”

London Mayor Sadiq Khan – who recently launched the second phase of his air quality consultation – said the case must serve as a “wake-up call” to the Government to finally take effective action to improve air quality in London and around the country.

He added: “Serious action by the Government is long overdue and if we had been given the tools to tackle this head-on in the first place we would have been on the road to compliance much sooner. We need bold measures, fit for the 21st century, such as those I have proposed, so people no longer have to fear the air they breathe.”